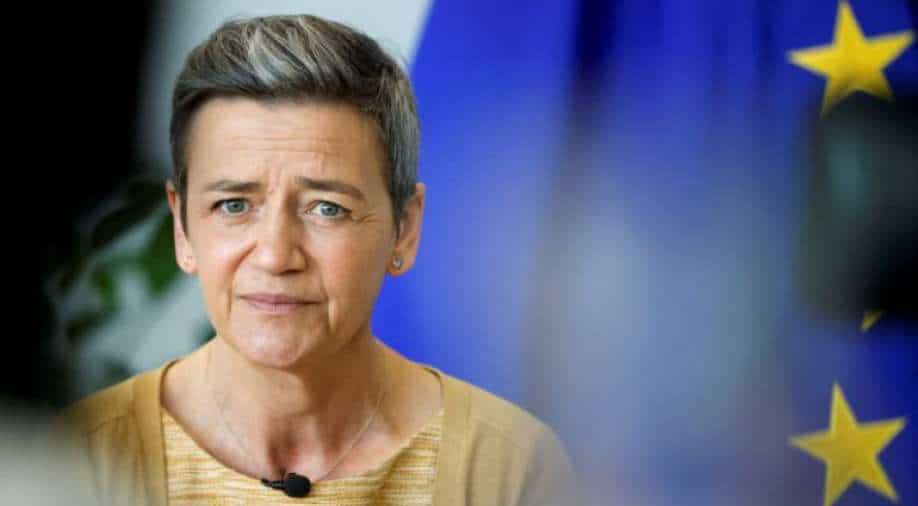 Under the rules, known as Regulation 1/2003 and in force since 2004, the European Commission has taken on Alphabet unit Google, Apple, Amazon, Meta, Microsoft and Intel and imposed billions of euros in fines

Regulators are looking to update rules, which target companies abusing their market power and those setting up illegal cartels, to make them more efficient, EU antitrust chief Margrethe Vestager said on Thursday.

Under the rules, known as Regulation 1/2003 and in force since 2004, the European Commission has taken on Alphabet unit Google, Apple, Amazon, Meta, Microsoft and Intel and imposed billions of euros in fines.

The rules have also allowed the EU competition enforcer to go after car parts cartels, banks' manipulation of financial benchmarks and other illegal price-fixing groups, putting the EU agency in the forefront of antitrust enforcement.

The Commission wants to maintain its leading position, Vestager said.

"I'm announcing today that in the coming months we are going to launch an evaluation of Regulation 1/2003, the central plank of our antitrust enforcement framework," Vestager told a conference organised by economic consultancy CRA.

"It is important that we hear the views of stakeholders concerning what has worked well, and where there is scope for more efficient and effective procedures and enforcement tools; making sure Regulation 1 is truly 'fit for the digital age'," she said.

Vestager said the updated rules would seek to make them more operational and useful to businesses.

Such procedural changes would relate to requests for information sent to companies, dawn raids, oral hearings where companies seek to defend their cases and the 10% cap on fines levied for breach of rules or non-compliance.

Watch | Berlin to pay for gas supplies in Euros; 'No change for EU,' Putin tells Scholz