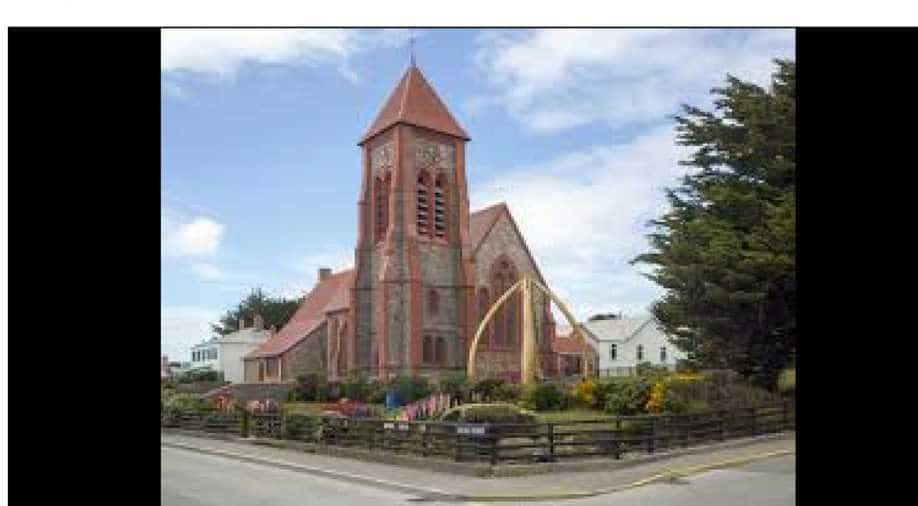 As far afield as the windswept Falkland Islands, battered by the South Atlantic and home to colonies of penguins, the glittering royal wedding was a cause for celebration on Saturday.

Many residents of the Falklands, one of Britain`s remote outposts left over from imperial days, are fiercely patriotic and were looking forward to flying the Union Jack flag in honor of Prince Harry and his American bride Meghan Markle.

"As a Falkland Islander, I definitely feel a bond with the royal family as a symbol of Britishness. I am a staunch royalist," said Arlette Betts, speaking in her home on the waterfront in Port Stanley, the tiny capital and home to most of the archipelago`s 4,000 inhabitants.

Argentina disputes Britain`s sovereignty over the Falklands, which lie 300 miles (500 km) from the Argentine coast, and the two countries fought a war in 1982 over the islands. As a result, the British military is popular with the Islanders.

"I think we can all relate to them here in the islands, particularly since the young lads served in the military," said Leona Roberts, a member of the archipelago`s Legislative Assembly.

She was referring to Prince Harry and his older brother Prince William, who both had military careers before dedicating themselves full-time to royal duties.
Roberts was one of the organizers of a royal wedding party due to take place at the Falkland Islands Defence Force headquarters, where children were expected to dress up as princes and princesses and receive special gifts.

Betts, however, intended to spend the day at home in front of the television so she could give her full attention to events in faraway Windsor.

"I think some people are having a party but I would not want that. I like to be able to take it all in without being disturbed," she said.

The Falklands were just one of the locations many worlds away from Windsor Castle where people were celebrating the royal nuptials.

In India, a group of Mumbai`s famed dabbawalas, or lunch delivery men, chose a traditional sari dress and kurta jacket as wedding gifts for Harry and his bride, while at the Gurukul School of Art children painted posters of the royal couple and Queen Elizabeth.

In Australia, where the British monarch remains the head of state, some pubs were planning wedding parties, while a cinema chain was screening the event live across its network. Viewers were encouraged to come dressed in fun finery, with prizes for the most creative outfits.

In Melbourne, fashion designer Nadia Foti was planning to attend an "English high tea" where guests would wear plastic crowns and enjoy traditional British treats such as scones and the popular summer drink Pimm`s.

"It`s exciting for the fashion and the spectacular," said Foti. "It`s a joyous occasion and I`ve made a plum cake to celebrate in the classic English style."