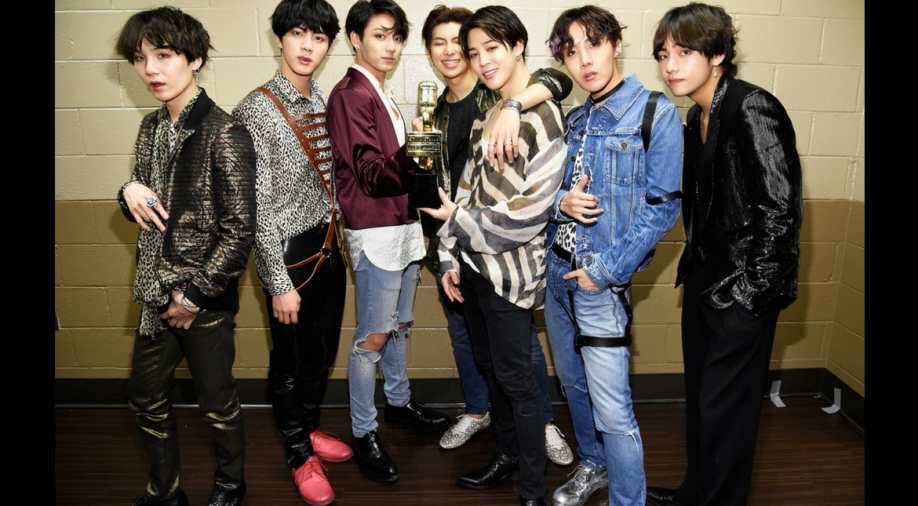 In a major achievement, South Korean boy band BTS has become the first K-pop group to top the US Billboard 200 chart with the debut of their new album titled "Love Yourself: Tear." The album released on May 18 and sold 135,000 total copies in its first week, including 100,000 traditional album sales. The numbers thus pits the debut as the second biggest of this year, just behind Migos' "Culture II", which sold 199,000 copies in its first week.

"Love Yourself: Tear" also became the first foreign-language album to top the US chart in over 12 years -- since Il Divo's 2006 album "Ancora."

This huge feat makes BTS, a hugely popular band enter the Billboard Top Ten, first being their previous album “Love Yourself: Her,” which opened at number 7 in 2017. It comes as a great surprise as no other K-pop album/song has ever broken into the top 10, let alone the No. 1 spot.

Charting in number, "Love Yourself: Tear" pushed Post Malone's album "Beerbongs and Bentleys," which had been No. 1 for three straight weeks, to No. 2. BTS also beat artists like Cardi B, J. Cole, and Playboi Carti.

K-pop emerged in South Korea in the early 1990s, and labels such as JYP, DSP and YG, built the nation's pop industry from the ground up by creating training schemes that churned out pop stars for music, soap operas and movies.

The Billboard 200 chart ranks each week's most popular albums in the US.