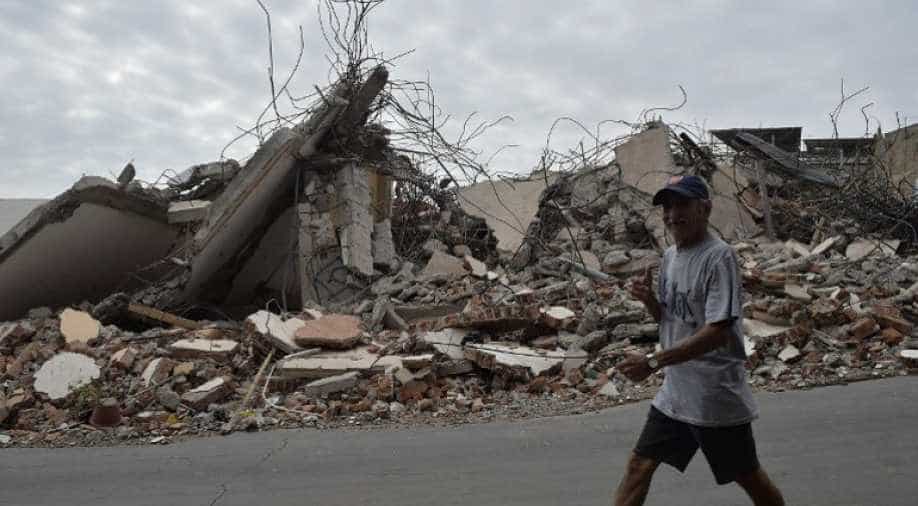 A 5.8-magnitude earthquake followed by more than 20 aftershocks rattled Ecuador's Pacific coast before dawn Monday, causing one death and heavy damage to hotels and homes in resort towns, officials said.

The northwestern province of Esmeraldas -- hit hard by a devastating temblor in April -- bore the brunt of the new quake, too.

A 75-year woman died of a heart attack as a result of the quake, said provincial governor Gabriel Rivera.

It caused a lot of damage to resort facilities in the coastal towns of Atacames and Tonsupa, and many homes also collapsed, Rivera told Radio Publica.

The 5.8 magnitude quake struck in the Pacific off Atacames and was followed by 25 aftershocks registering as high as 4.2, the Geophysical Institute reported.

The quakes knocked out power in several areas of Esmeraldas but it was later restored. Classes in schools were suspended for the day.

The capital city of Esmeraldas, which has the same name, is home to the country's main oil refinery, a power plant, two oil pipelines and an oil export port. But no damage to any of these facilities was reported, the government said.

The South American nation is still recovering from a devastating 7.8-magnitude quake that killed 673 people in April and left some 6,000 injured.

That quake flattened homes and buildings up and down a long stretch of Ecuador's coast, reducing picturesque resort towns to rubble.

The US Geological Survey said the main quake on Monday was of magnitude 5.4.

The Geophysical Institute did not issue a tsunami alert.