Dozens of Britons march in southern Spain ahead of Brexit 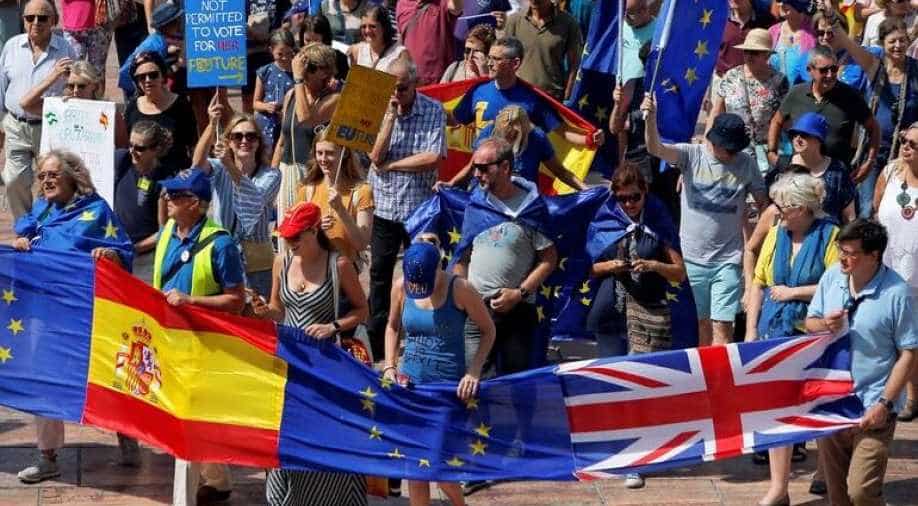 Protesters brandished European Union, Spanish and British flags and held banners reading "They're trying to make us leave the EU" and "Take back control: My grandkids' future".

Dozens of Britons marched through the southern Spanish city of Malaga on Sunday to register their concerns about their uncertain status as Britain prepares to leave the European Union.

"We feel really forgotten here in Spain," said Michael Soffe, a 61-year-old businessman who has lived in Malaga for 30 years. "Many here are pensioners will they lose their healthcare overnight, for example?" he added.

Protesters brandished European Union, Spanish and British flags and held banners reading "They're trying to make us leave the EU" and "Take back control: My grandkids' future".

Spain is the most popular European retirement destination for Britons, with around a third of British residents aged over 65. Among foreign nationals, they are by far the biggest users of Spain's state-funded universal healthcare system.

Many are concerned they will lose their free access to Spanish healthcare, currently assured by the European Union, as a result of Britain's exit from the bloc.

Acting Spanish Prime Minister Pedro Sanchez, who could be replaced following November elections, has sought to reassure Britons living in Spain, promising to protect their rights after Britain's exit from the European Union.

One demonstrator on Sunday said Spain had done more for Britons living in the country than the British government.

"Spain is doing everything it can to protect us," said Tamara Essex, a 60-year-old from Dorset, southwest England, who has lived in Spain for more than seven years. "The UK government has forgotten us."

The British government is in talks with Spain about protecting access to healthcare, he said.