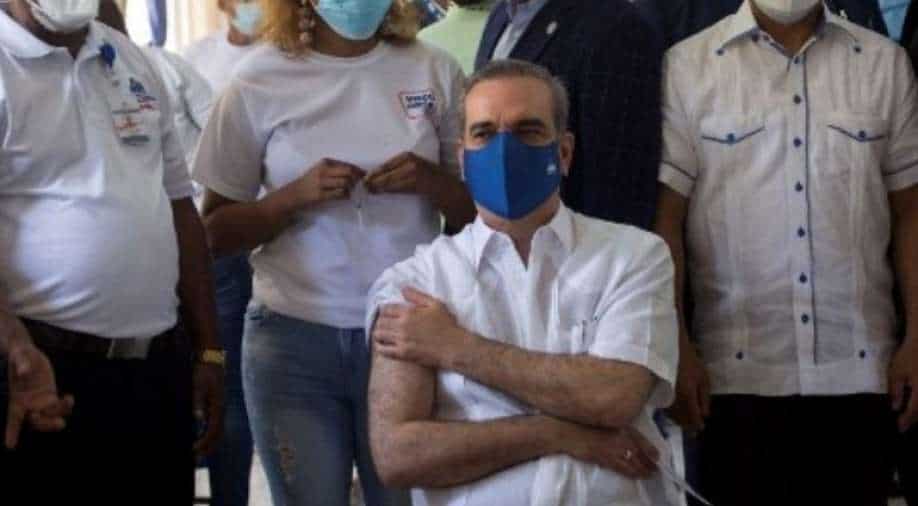 The two initial doses, followed by a third dose, will be used to normalise the situation in the country

A third dose of the Covid vaccine was administered to Dominican Republic President Luis Abinader on Wednesday, as he urged the population to follow his example.

The 54-year-old had previously received the Sinovac vaccine from Sinopharm, but this time received a Pfizer vaccine at a vaccination centre near the National Palace in Santo Domingo.

The country intends to achieve normalisation by vaccinating the entire population with the first and second dose, followed by the third to reinforce the first two, he told journalists present at the vaccination.

According to official figures, the Dominican Republic, which has a population of 10.5 million, has reported nearly 340,000 infections and 4,000 deaths since the outbreak began.

Over half of the population, or 5.4 million people, have received the first shot while more than 3.8 million have received a second.

In July, health authorities in the Caribbean nation, citing the proliferation of new variants launched a campaign for a third dose.

Tourist arrivals returned to 80 per cent of their pre-pandemic levels in early July, a tourism-dependent nation said.

The Dominican Republic, known for its beaches, particularly the seaside resort of Punta Cana, welcomed 6.5 million tourists in 2019. A total of 7.5 per cent of the country's workforce is employed in the tourism industry, which accounts for 8.4 per cent of the GDP.