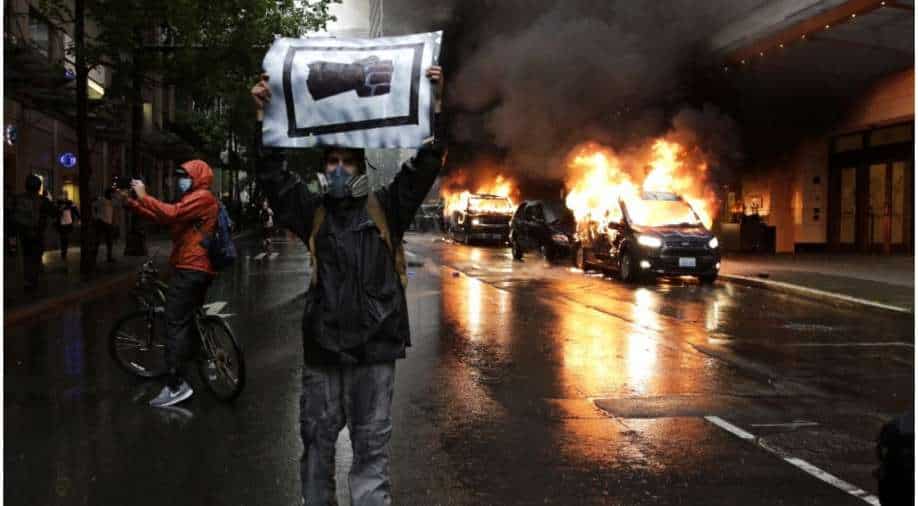 Black Lives Matter protests in the US Photograph:( AFP )

Is coronavirus being used by governments around the world to stifle civil liberties? A global study reveals so

Is coronavirus being used by governments around the world to stifle civil liberties? A global study reveals so.

Given the ongoing pandemic, the state of civil liberties in the world has worsened. The study claims that 87 per cent of the world population is currently in countries that qualify as “repressed”, “obstructed”, or “closed”.

Last year, the same figure for the world stood at 83 per cent. It found that almost all countries have witnessed a dip in civil rights in the last year. Civicus Monitor, an alliance of civil society groups which takes into account 196 countries also found that governments around the globe are using the pandemic to curtail liberties of citizens.

Techniques used by governments include use of force, detention of protesters, attacks on journalists, harassment and intimidation of human rights workers. The report adds that COVID-19 was used by governments to introduce and uphold additional restrictions on civic liberties.

They categorised countries as the following - closed, repressed, obstructed, narrowed, and open. Over a quarter of the world’s population lives in closed countries - which are the worst rated. This category includes Saudi Arabia, China, and Turkmenistan.

Civicus Monitor’s lead Belalba Barreto told The Guardian that the use of detention to restrict protests showing how COVID-19 is used to crack down on protests. Out of the 196 countries that were included in the study, only two showed improvement in ratings - from closed to repressed. These were the Democratic Republic of the Congo, and Sudan.

Also read: As western countries hoard vaccines, 9 out of 10 in low-income countries to miss out

Eleven countries suffered a tumble. These are the US, Costa Rica, Ivory Coast, Iraq, the Philippines, and Slovenia.

Costa Rica, Ecuador, and Chile also suffered a tumble in the study. In European countries, governments have used “authoritarian” moves to restrict civil rights in regions like Hungary, Poland, Serbia, and Slovenia.

Four African countries also fell from obstructed to repressed. These include Ivory Coast, Guinea, Niger, and Togo. Additionally, Civicus monitor noted that the governments were especially targeting marginalised groups like immigrants, people belonging to the LGBTQIA+ community, and refugees.