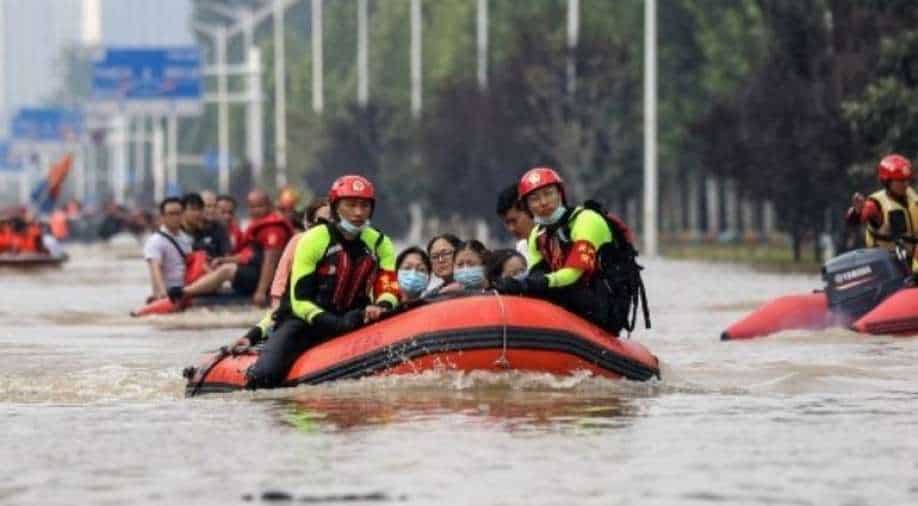 This file photo taken on July 22, 2021 shows rescuers of the fire and rescue department from China's eastern city of Yangzhou evacuating people from a hospital following heavy rains in Zhengzhou in China's Henan province. Photograph:( AFP )

The death toll from last month's unprecedented flash floods triggered by the heaviest rainfall in a thousand years in central China's Henan province has climbed to 302, three times higher than the previous official figures.

According to the province administration of Henan, 302 people died and 50 are still missing.

The majority of the casualties were in Zhengzhou, the province capital, where 292 people died and 47 were missing.

Officials announced during a press conference in Zhengzhou that ten other people perished in three other cities.

Hou Hong, the mayor of Zhengzhou, claimed 39 people had been found dead in basement car parks, and six more had drowned in the cross-city tunnel, bringing the total number of persons killed in the tube to six. 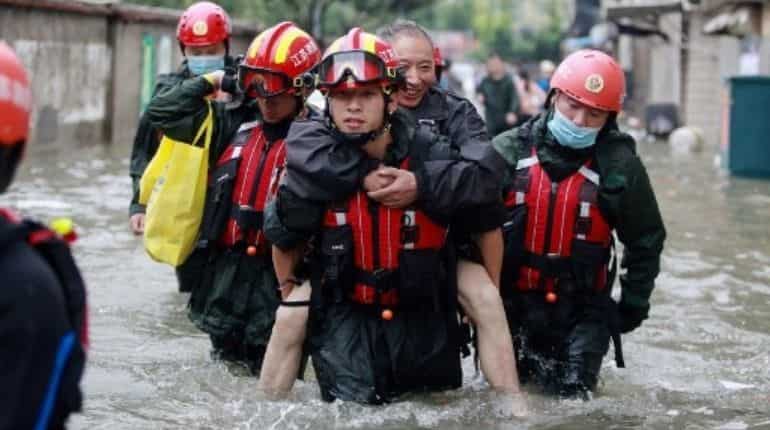 In only three days, more than 600mm of rain poured in Zhengzhou, about an average year's worth.

Authorities said that about 625,000 acres of crops were destroyed and have estimated losses at more than 90 billion yuan ($14 billion). About 1.5 million people were evacuated because of the rains and flooding.

The central government has set up an investigation team to evaluate the disaster response, summarize the lessons from it and hold accountable anyone guilty of dereliction of duty, Chinese media said.