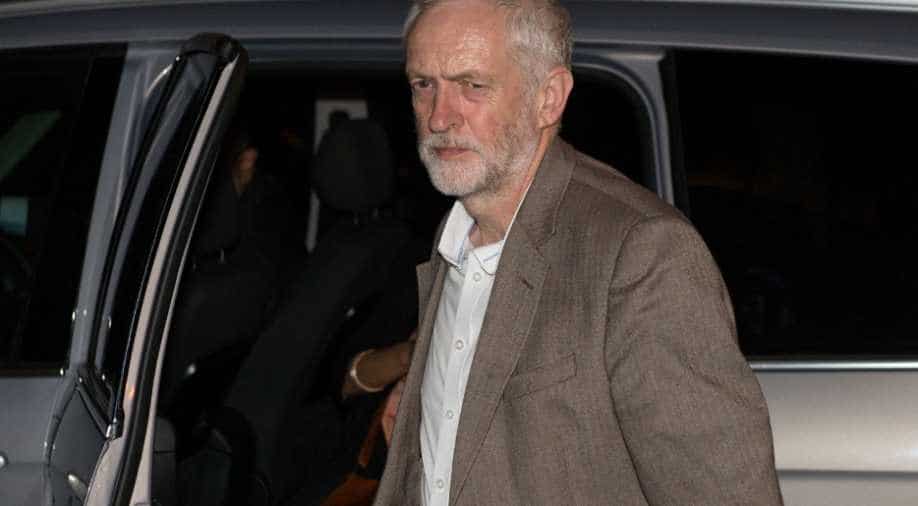 Corbyn has vowed to fight to retain control of Labour. Photograph:( Getty )

Follow Us
Britain's opposition leader Jeremy Corbyn told more than 1,000 of his supporters to "stand together" on Monday, as he faces a no-confidence motion after almost all his policy team withdrew their support for him in protest after Britons voted to leave the European Union (EU).

The noisy rally took place outside parliament where his party were meeting to discuss the no-confidence vote in Corbyn's leadership. After the meeting, Corbyn addressed his supporters, not directly mentioning the ongoing drama within his party.

Corbyn has vowed to fight to retain control of Labour, resisting pressure to quit over what critics say was his lacklustre effort to keep Britain inside the European Union.

The no-confidence motion is due to be voted on at a secret ballot on Tuesday, although it is not enough on its own to trigger a leadership contest -- something that requires 51 lawmakers to nominate a rival candidate.

Corbyn was elected party leader last year on a surprise wave of grassroots enthusiasm for his left-wing agenda and promise of a new approach to politics. But his relationship with Labour's elected lawmakers has always been fragile, with many questioning whether the party could win an election on such a ticket.