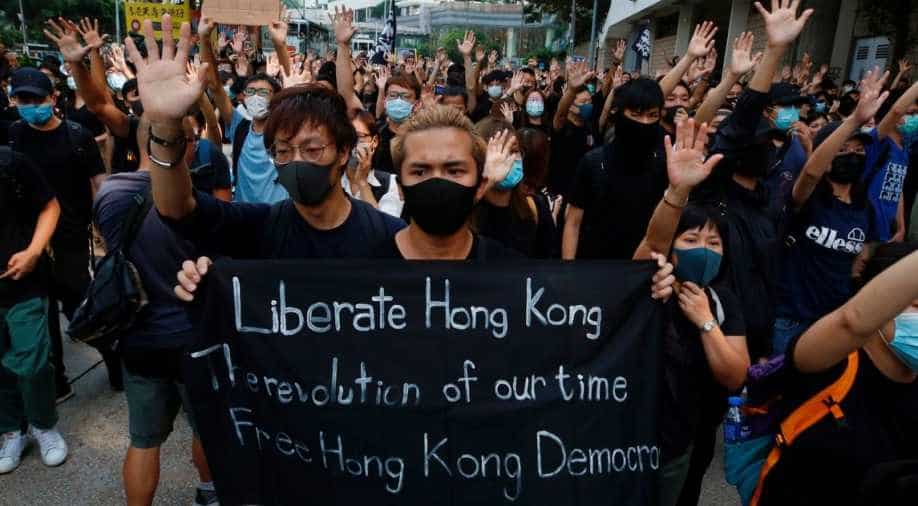 Cat-and-mouse clashes between riot police and demonstrators continued into the early hours of Sunday morning after police broke up an assembly of thousands on Saturday afternoon by firing tear gas into a park.

Hong Kong awoke to what is expected to be a day of relative calm on Sunday following a violent night in which protesters set fire to metro stations and vandalised buildings, including an office of China's official news agency Xinhua.

More than 200 people were arrested in one of the worst outbreaks of violence in recent weeks as around five months of protests show no signs of abating. Demonstrators are angry at perceived Chinese meddling with Hong Kong's freedoms since the city returned from British to Chinese rule in 1997, a charge which China denies.

Cat-and-mouse clashes between riot police and demonstrators continued into the early hours of Sunday morning after police broke up an assembly of thousands on Saturday afternoon by firing tear gas into a park.

With no major demonstrations planned for Sunday, a clean-up operation was underway at the Xinhua offices, one of the buildings targeted by groups of black-clad protesters who fled the park to the business district, hurling petrol bombs and bricks along the way.

While protesters have previously vandalised buildings of mainland Chinese firms or those perceived as pro-Beijing, the targeting of Xinhua as a key symbol of the mainland's presence in Hong Kong is one of the most direct challenges to Beijing yet.

When Reuters visited early Sunday, some cleaning staff could be seen sweeping glass from the floor through broken doors and windows, as tourists curiously eyed the destruction.

Hong Kong police said they had arrested more than 200 people overnight for offences including unlawful assembly, possession of offensive weapons, criminal damage, and wearing masks which is now illegal under a revived colonial-era emergency law.

Police fired tear gas, rubber bullets and deployed a water cannon at protesters during Saturday and early Sunday, they said, as the violence spilled from Hong Kong island across the water to the northern Kowloon side.