Civilians stream out of Ghouta as crisis intensifies 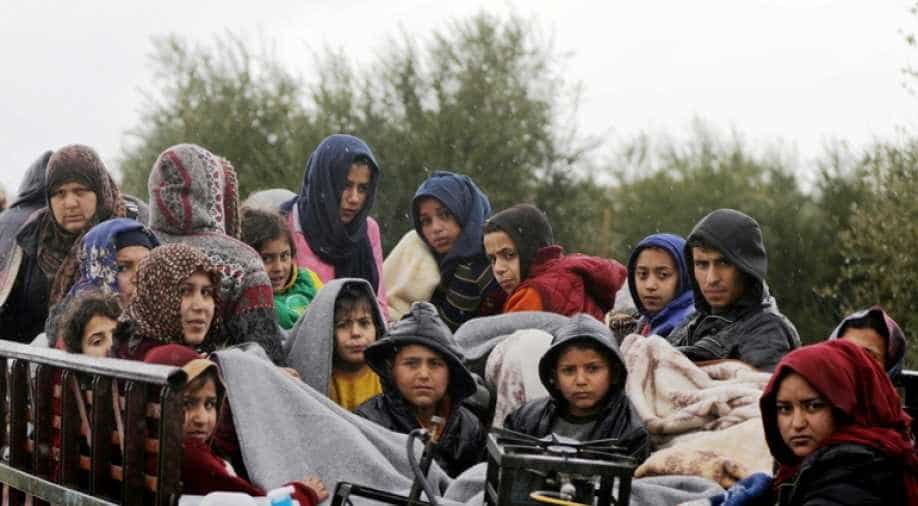 Thousands of civilians could be seen leaving Syria's Eastern Ghouta at the Hammouriyah crossing point on Saturday (March 17) in footage broadcast by Syrian state television.

Air strikes killed scores of people in eastern Ghouta, a war monitor said, and weary residents streamed out on foot for a second day, as Russian-backed government forces pressed their campaign to capture the last big rebel bastion near Damascus.

On another front, Turkish and allied rebel forces struck the northern Kurdish-held town of Afrin, killing more than 40 people including children, Syrian Kurdish forces and a monitor said.

Young children were carried on suitcases and bicycles, while the elderly were offered assistance along the dusty road.

The UK-based war monitoring group said a new wave of 10,000 people had left the besieged insurgent pocket to army positions in Ghouta, where the government has waged a fierce month-long offensive.

Backed by Russia and Iran, government forces have thrust deep into eastern Ghouta on the capital's outskirts, splintering the rebel enclave into three separate zones. The United Nations believes up to 400,000 people have been trapped in the Ghouta satellite towns and farmland, short of food and medicine.

The Syrian war entered its eighth year this week having killed half a million people and driven more than 11 million from their homes, including nearly 6 million who have fled abroad in one of the worst refugee crises of modern times.

The government launched its offensive on eastern Ghouta a month ago, and Turkey began its cross-border assault in Afrin in January. In both cases, hundreds of thousands of civilians have been trapped inside encircled pockets on the battlefield.

An estimated 12,000-16,000 people left Ghouta in recent days, while fighting in the Afrin region has reportedly displaced more than 48,000, said Linda Tom, a U.N. humanitarian spokeswoman in Syria.