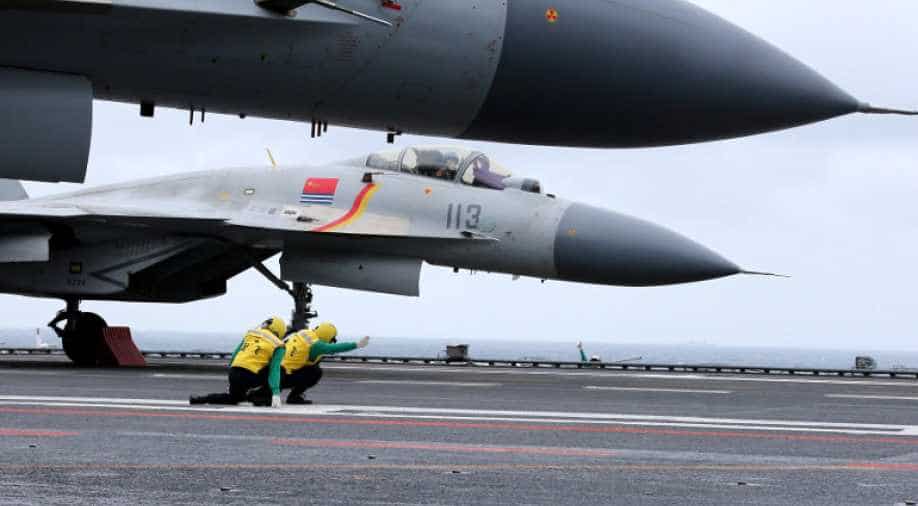 The paper, which is known for writing strongly-worded, hawkish and nationalist editorials, is published by the ruling Communist Party's flagship paper. It does not reflect Chinese policy. Photograph:( AFP )

Blocking Chinese access to islands in the South China Sea would require the US to "wage war", an influential Chinese state-run tabloid said on Friday, after US Secretary of State nominee Rex Tillerson suggested the strategy on Wednesday.

Tillerson told his confirmation hearing before the US Senate Foreign Relations Committee that he wanted to send a signal to China that their access to islands in the disputed South China Sea "is not going to be allowed". He did not elaborate.

The United States would have to "wage a large-scale war" in the South China sea to prevent Chinese access to the islands, the Global Times said in an English-language editorial.

The paper, which is known for writing strongly-worded, hawkish and nationalist editorials, is published by the ruling Communist Party's flagship paper. It does not reflect Chinese policy.

"Tillerson had better bone up on nuclear power strategies if he wants to force a big nuclear power to withdraw from its own territories," the paper added.

The editorial also said that Tillerson, an Exxon Mobil Corp chairman and former chief executive, was the most likely of US president-elect Donald Trump's cabinet picks to be vetoed by congress.

"It is suspected that he merely wanted to curry favour from senators and increase his chances of being confirmed by intentionally showing a tough stance toward China," it said. The paper did not elaborate on either point.

A similar article was also carried in the paper's Chinese-language website that receives thousands of hits every day.

There are also legal questions of any US attempt to block China's access, the editorial said, asking if this might mean that Vietnam and Philippines also should be denied entry.

China claims most of the energy-rich South China Sea through which about $5 trillion in ship-borne trade passes every year. Neighbours Brunei, Malaysia, Taiwan and Vietnam also have claims.

The United States has previously called on China to respect the findings of the arbitration court in The Hague earlier this year which ruled in favour of the Philippines, rejecting China's territorial claims in the strategic waterway.

Democratic President Barack Obama’s administration conducted periodic air and naval patrols to assert the right of free navigation in the South China Sea. These have angered Beijing, but seeking to blockade China's man-made islands would be a major step further and a step that Washington has never raised as an option.