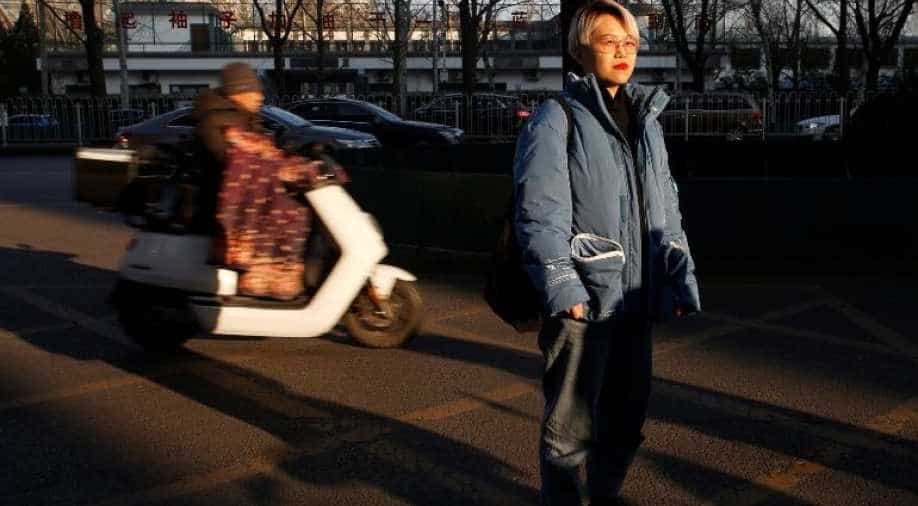 Teresa Xu, 31, poses for pictures outside Chaoyang People's Court before a court hearing of her suit against a Beijing hospital for rejecting her request to freeze her eggs on the grounds that she is unmarried, in Beijing, China December 23, 2019. Photograph:( Reuters )

Chinese regulations forbid unmarried women from freezing their eggs unless they have a health reason, such as cancer.

A single woman in China has gone to court challenging rules that forbid unmarried women from freezing their eggs in the first case of its kind in the country.

Teresa Xu said she was prompted to take legal action after a top hospital in Beijing declined to freeze her eggs last year, and instead told her to "get married, and have a child soon".

"There is a huge demand among young women in China — whether married or single — to freeze their eggs as they delay the decision to have a child," Xu told AFP.

"But clinics refuse single women, because of unfair laws."

Chinese regulations forbid unmarried women from freezing their eggs unless they have a health reason, such as cancer.

A Beijing court on Monday agreed to hear Xu's case against the hospital, nearly six months after it was filed.

The 31-year old, who works as a freelance editor, said she had also written to a member of China's parliament, hoping that the issue of reproductive restrictions faced by unmarried women could be raised when the legislature meets in March.

The restrictions hark back to a time when the Communist party attempted to strictly control population growth with its one-child policy.

The Chinese government has attempted to boost birth rates in recent years, allowing all couples to have two children from 2016, but single mothers still face discrimination and legal hurdles when attempting to register a birth.

Xu said many of her peers were postponing marriage and seeking options abroad to freeze their eggs.

"Many women in their 30s are under immense pressure to get married and have a child. But many don't want to do so because they are afraid their careers will stagnate or (they will) face discrimination in the workplace," she said.

The marriage rate in China has been in decline over the last five years, and the country is grappling with one of the lowest fertility rates in the world.

Monday's closed-door hearing lasted for about an hour, according to a statement on the official social media account of Beijing Chaoyang People's Court.

Xu said the next hearing will be in January, although a date hasn't been announced.

"I am still hopeful about this case," she said. "Even if I lose I feel the process is more important than the result."

Xu said she hasn't decided to have a child or get married.

"I don't want to have a child for the time being, but I will think about it in the future," she said.

"I just hope that I leave myself the right to choose."