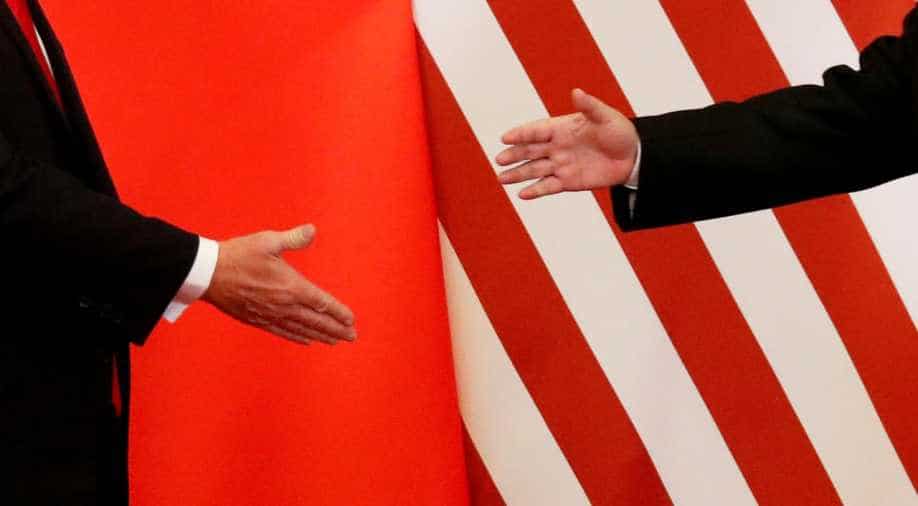 Relations between the world's two biggest economies have come under increasing strain amid a series of disputes over trade, human rights and the origins of COVID-19.

China's relationship with the United States has reached a "new crossroads" and could get back on the right track following a period of "unprecedented difficulty", senior diplomat Wang Yi said in official comments published on Saturday.

Relations between the world's two biggest economies have come under increasing strain amid a series of disputes over trade, human rights and the origins of COVID-19. In its latest move, the United States blacklisted dozens of Chinese companies it said had ties to the military.

Wang, China's state councillor and foreign minister, said in a joint interview with Xinhua news agency and other state media outlets that recent U.S. policies towards China had harmed the interests of both countries and brought huge dangers to the world.

But there was now an opportunity for the two sides to "open a new window of hope" and begin a new round of dialogue, he said.

The election of Joe Biden as U.S. President has been widely expected to improve relations between Washington and Beijing after four years of escalating tensions under the administration of Donald Trump.

Last month, Wang said he hoped the election of Biden would allow U.S. China policy to "return to objectivity and rationality".

However, President-elect Biden, who will take office on Jan. 20, has continued to criticise China for its "abuses" on trade and other issues.

Wang did not mention Trump or Biden by name, but he urged the United States to "respect the social system and development path" chosen by China, adding that if Washington "learns lessons", the conflicts between the two sides could be resolved.

"We know some people in the United States are apprehensive about China's rapid development, but the most sustainable leadership is to constantly move forward yourself, rather than block the development of other countries," he said.

Politicians in the United States have accused China of covering up the outbreak of COVID-19 during its early stages, delaying its response and allowing the disease to spread much further and faster.

But Wang said China had done its utmost to combat the virus's spread, "sounding the alarm" for the rest of the world.

"We raced against time, and were the earliest to report the epidemic to the world," he said.

"More and more studies show that the epidemic very probably emerged in many places throughout the world."