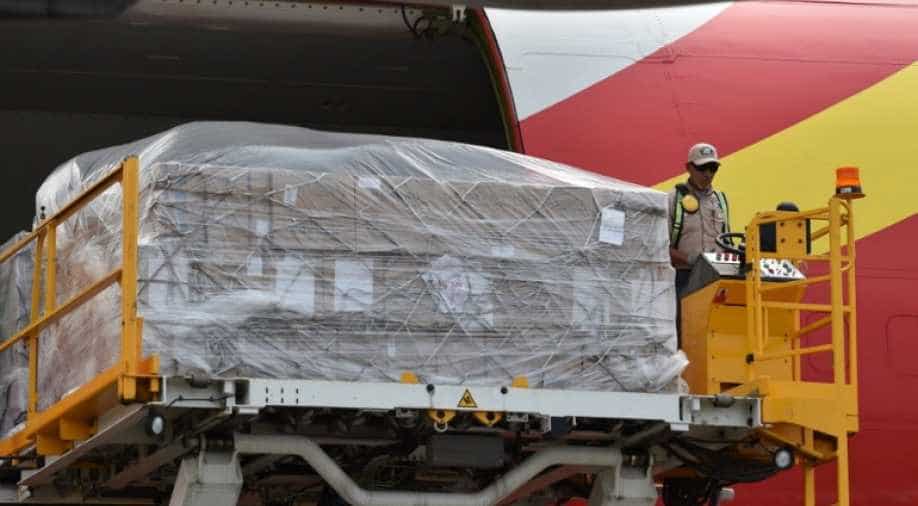 A Boeing 747 carrying 71 tons of medicines and surgical material arrived in the capital Caracas, the government said in a press statement.

A second airplane from China carrying medical supplies including medicine arrived in Venezuela on Monday as part of a "humanitarian technical" cooperation agreement between President Nicolas Maduro's government and the Asian powerhouse.

A Boeing 747 carrying 71 tons of medicines and surgical material arrived in the capital Caracas, the government said in a press statement.

It included supplies for pregnant women and drugs to treat respiratory conditions.

"With this second shipment, as well as that which we already received from the Russian Federation, the International Red Cross and the Red Crescent" some 166 tons of medicines and supplies have arrived in the country, Health Minister Carlos Alvarado said.

A previous shipment of 65 tons of aid arrived from China on March 29.

Crisis-wracked Venezuela is suffering from serious shortages of basic necessities such as food and medicines after five years of recession.

The United Nations says almost a quarter of its population of 30 million is in urgent need of humanitarian aid.

The country has also been gripped in a political crisis since January when parliament speaker Juan Guaido proclaimed himself acting president -- quickly receiving backing from more than 50 countries -- in a direct challenge to Maduro's authority.

Guaido attempted to force in stockpiles of US-supplied aid from Colombia, Brazil and Curacao but Venezuela's military, on Maduro's orders, prevented him from doing so.

Maduro blames US sanctions for Venezuela's problems and claims they have cost the country's economy $30 billion.

Last month, Maduro allowed in an aid shipment from the Red Cross, which has called on both sides in the power struggle to avoid politicizing the issue.

Maduro's government is supported by China and Russia while the US is backing Guaido.