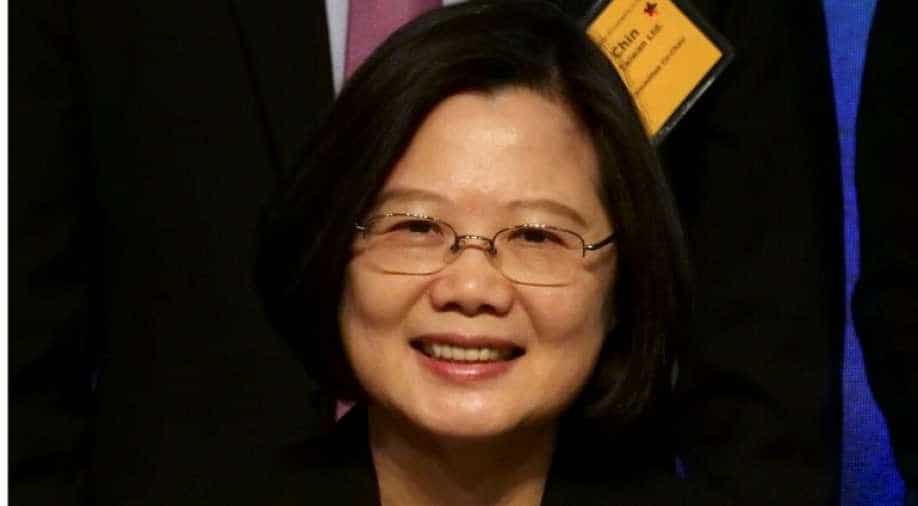 Tsai's main opponent, Han Kuo-yu of the China-friendly Kuomintang party, has described formal independence as being worse than syphilis

The Chinese government warned self-ruled Taiwan on Thursday that it was courting "disaster", after the running mate for President Tsai Ing-wen in January elections said he was working toward the island's independence, a red line for Beijing.

The issue of Taiwan's formal independence has shot into the election spotlight since Lai joined with Tsai.

Their Democratic Progressive Party (DPP) is in favour of formal independence. But Tsai has said she is not looking to change the status quo with China, in which Taiwan seeks neither formal independence nor to be part of the People's Republic of China.

In April last year, while premier, Lai told parliament he was a "Taiwan independence worker" and that his position was that Taiwan was a sovereign, independent country.

China's nationalistic Global Times tabloid responded by saying China should issue an international arrest warrant for him to face prosecution under the country's 2005 Anti-Secession Law. China considers Taiwan its territory, to be taken by force if necessary.

In a Facebook post on Monday, Lai repeated that he was a "realistic worker for Taiwan independence," noting that Taiwan was already a sovereign nation called the Republic of China, its official name, and not "attached" to mainland China.

Responding to a question on those remarks, China's Taiwan Affairs Office said both sides of the Taiwan Strait belong to one China, and that the country's "reunification" is not something any force can stop.

"'Taiwan independence' is a dead end, and it will only bring profound disaster to Taiwan. It will surely be opposed by all Chinese people, including Taiwan compatriots," it added.

Tsai asked on Tuesday after formally registering her candidacy whether she supported formal Taiwan independence, said that it was a question she had addressed before and that the Republic of China on Taiwan was already a sovereign, independent nation.

Tsai's main opponent, Han Kuo-yu of the China-friendly Kuomintang party, has described formal independence as being worse than syphilis.

He said this week that Tsai and Lai's remarks on Taiwan already being an independent state is equivalent to a "backdoor listing" for formal independence.

Although the DPP is not technically campaigning on a promise to officially declare the independent Republic of Taiwan, some of its politicians are more explicit.

The son of former Taiwan president Chen Shui-bian, a DPP councillor in the southern city of Kaohsiung, climbed Taiwan's highest mountain this week and put pictures on his Facebook page of him holding a flag that read, "I am Taiwanese. I stand for Taiwan's Independence."