China on Monday confirmed its first domestically-built aircraft carrier passed through the South China Sea for tests and to take part in exercises after sailing through the Taiwan Strait in a mission denounced by Taipei as intimidation.

Taiwan’s defence ministry said on Sunday a Chinese carrier group led by the ship passed through the sensitive strait with US and Japanese vessels tailing it. Self-ruled Taiwan, regarded by China as a wayward province, said Beijing was trying to intimidate the island ahead of a presidential election in January. 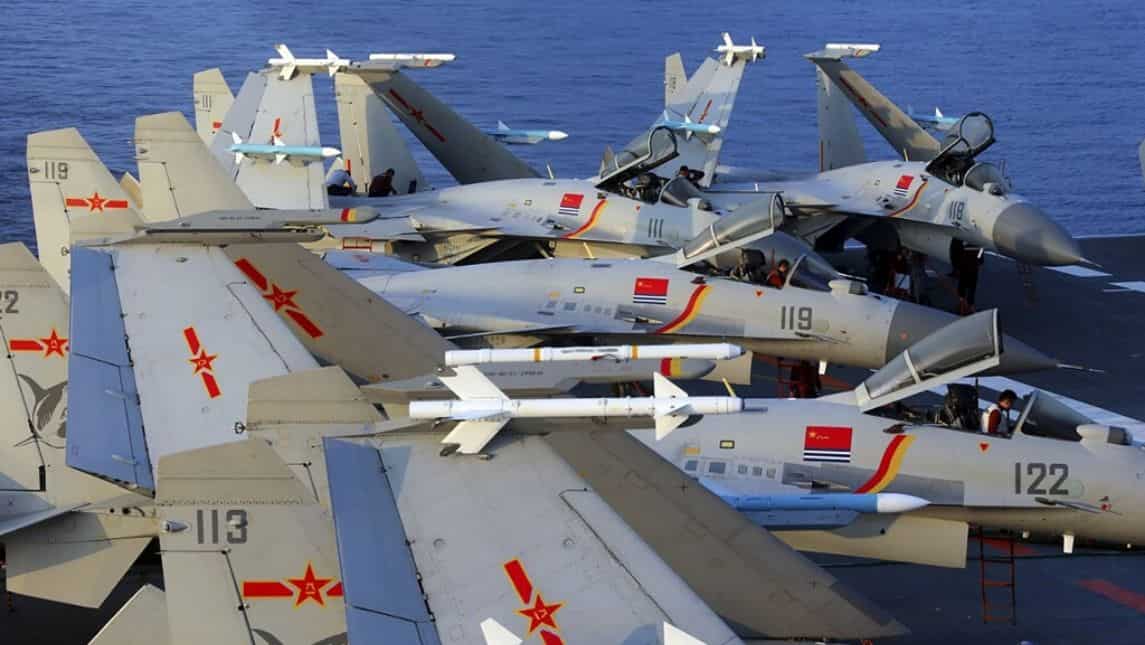 Taiwan’s defence ministry said on Sunday a Chinese carrier group led by the ship passed through the sensitive strait with US and Japanese vessels tailing it. Self-ruled Taiwan, regarded by China as a wayward province, said Beijing was trying to intimidate the island ahead of a presidential election in January. 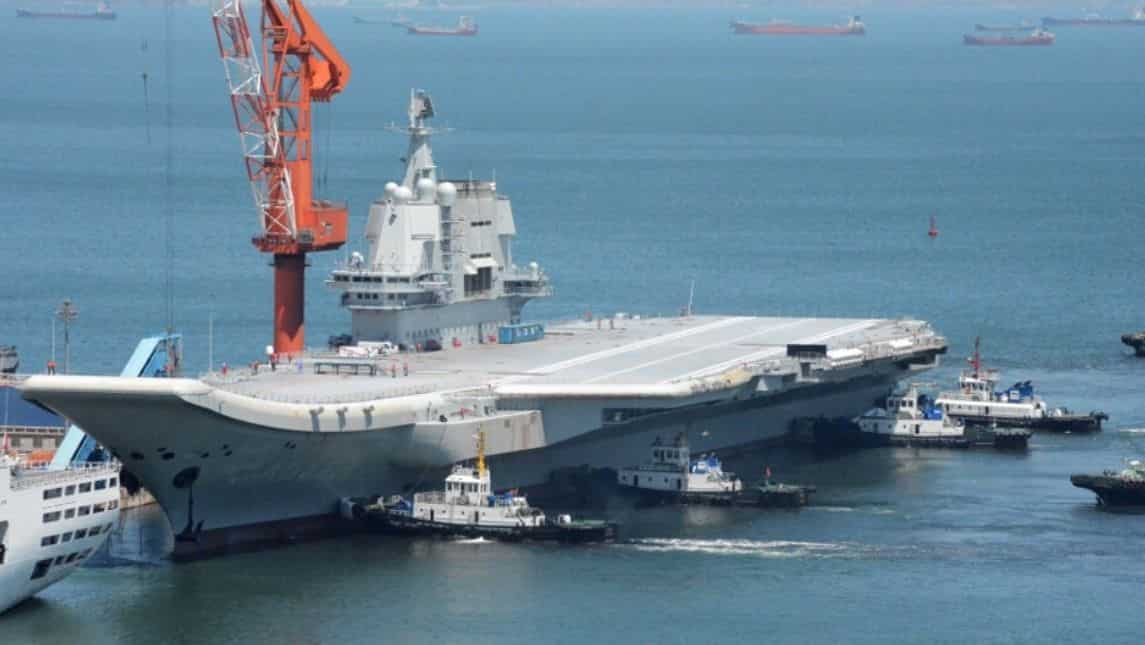 In a statement, the Chinese Navy said the carrier passed through the Taiwan Strait on Sunday night, going to the South China Sea for “scientific tests and routine drills”.

“The organization of the trials and drills of the domestic aircraft carrier through the region is a normal arrangement in the construction process of the aircraft carrier,” it said.

The South China Sea is a sensitive waterway, disputed all or in part by China, Vietnam, Malaysia, the Philippines, Taiwan and Brunei.

China’s still-unnamed carrier, the first to be built domestically, began sea trials last year. Chinese military experts have told state media it is not expected to enter service until 2020, once it has been kitted out and armed. 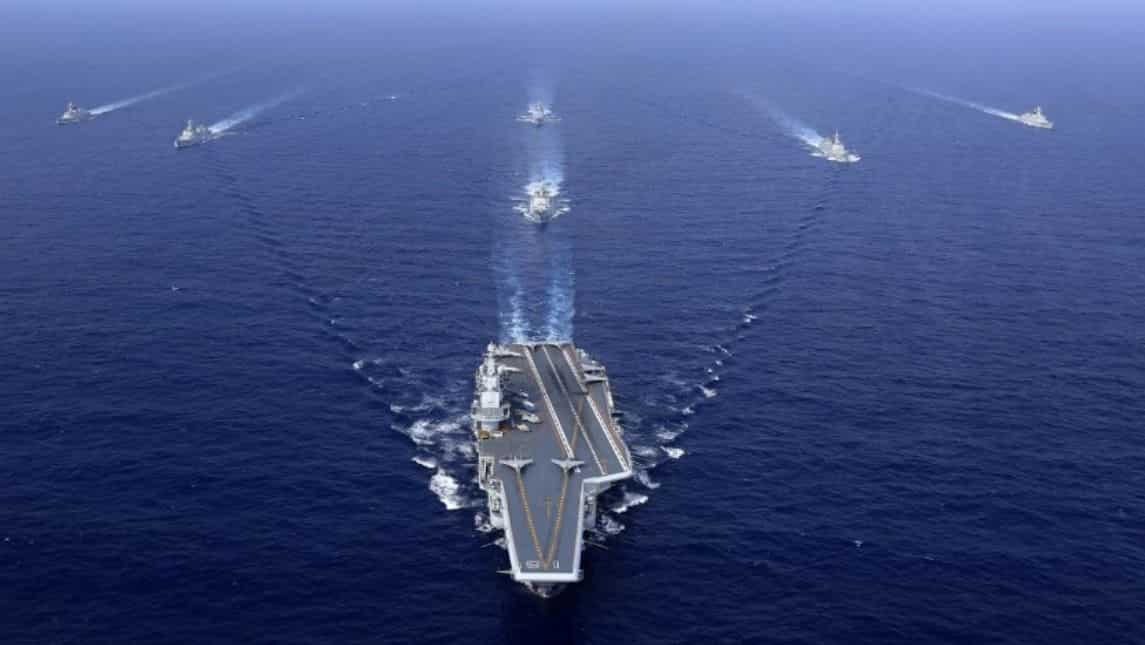 The ship has been undergoing sea trials from it base in the northern port city of Dalian, where it was built. Little is known about China’s carrier program, which is a state secret.

The government has said the new vessel’s design draws on experiences with its first carrier, the Liaoning, which was bought second-hand from Ukraine in 1998 and refitted in China. 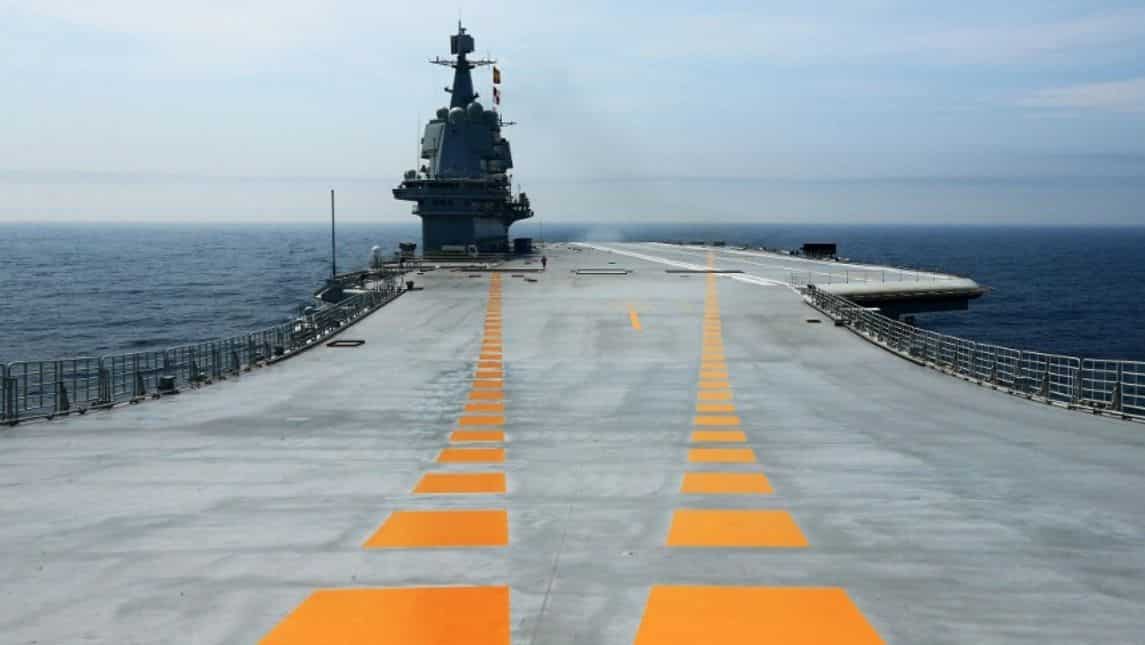 China had launched its first aircraft carrier Soviet-built Liaoning five years ago, the unnamed carrier "Type 001A" was launched two years ago. According to reports the "Type 001A" has undergone several sea trials in the past 18 months and now seems ready for duty on international waters.

The carrier was due to be commissioned this month by the People’s Liberation Army (PLA).

The new carrier although smaller in size than Liaoning carries advanced radar system.

China's new aircraft carrier can reportedly carry the Shenyang J-15 Flying Shark fighter, according to reports the fighter was seen on its deck last year. 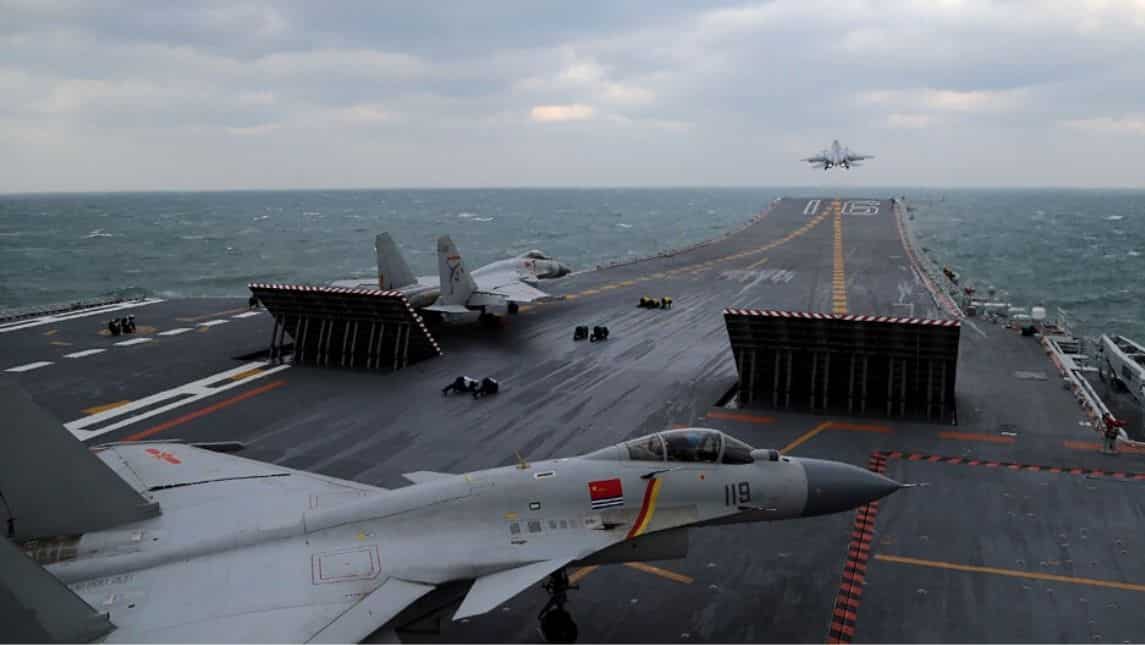 China refuses to let out details

The super carrier was built in China's in Dalian, Liaoning province by the Dalian Shipbuilding Industry. China had refused to let out details about the carrier but was spotted by satellite images. 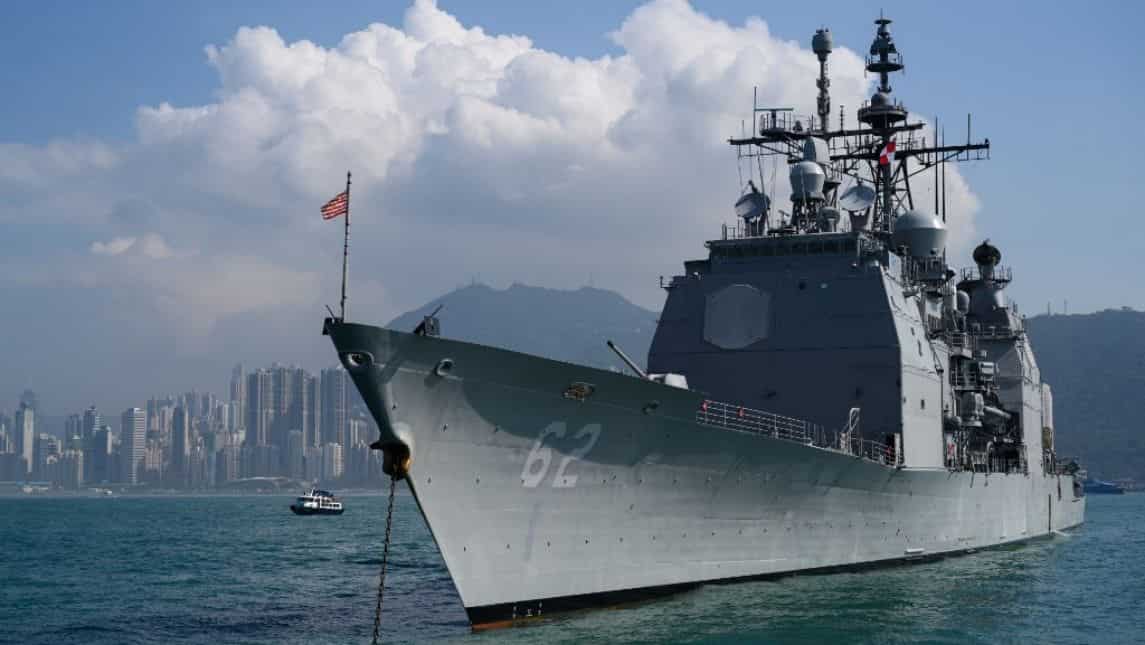 In a tweet on November, the US Navy had said it was conducting USS Chancellorsville conducted a routine Taiwan Strait transit November 12, asserting that the US Navy will continue to operate anywhere international law allows.

The Taiwan Straits has become a naval flashpoint between the US and China has both countries have tried to flex their muscle even as Taiwan criticised the Chinese move reportedly calling it "intimidation" tactics.

The presidential office in Taipei had said that China should “cherish peace and stability with Taiwan and elsewhere in the region". 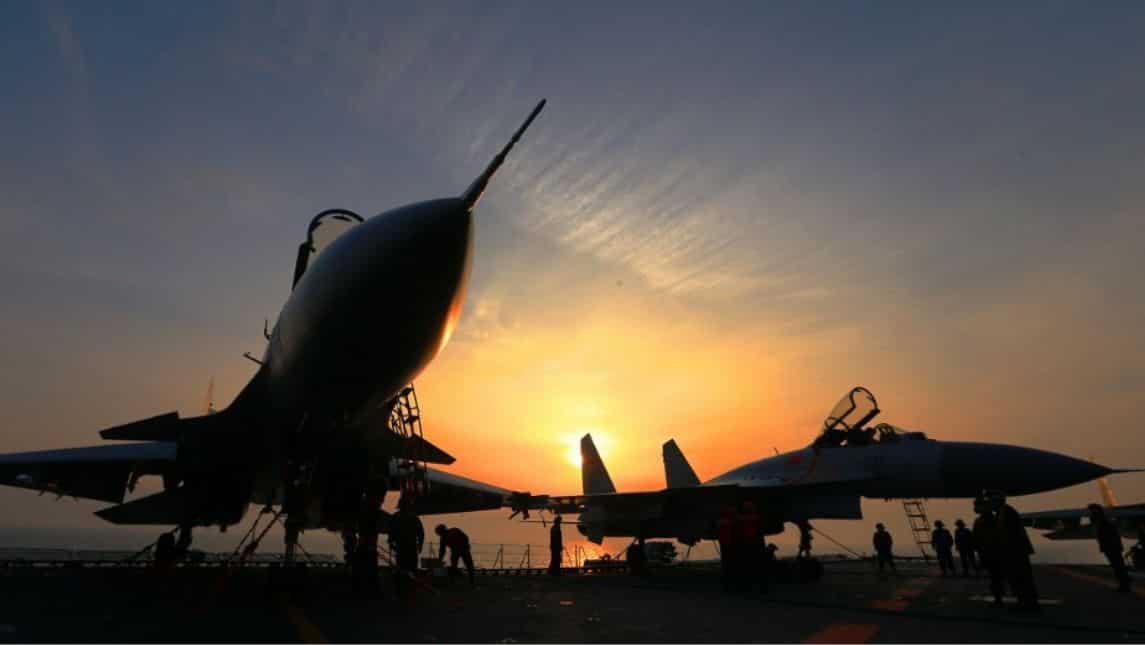 A Chinese aircraft carrier had earlier passed through the Taiwan Strait in June alarming Taiwan. In July, China had held military drills in the South China Sea near Taiwan, days after a defence white paper said Beijing would not rule out retaking the island by force.

The defence white paper had stressed Beijing's willingness to use force to thwart any move towards the self-ruled island's independence. 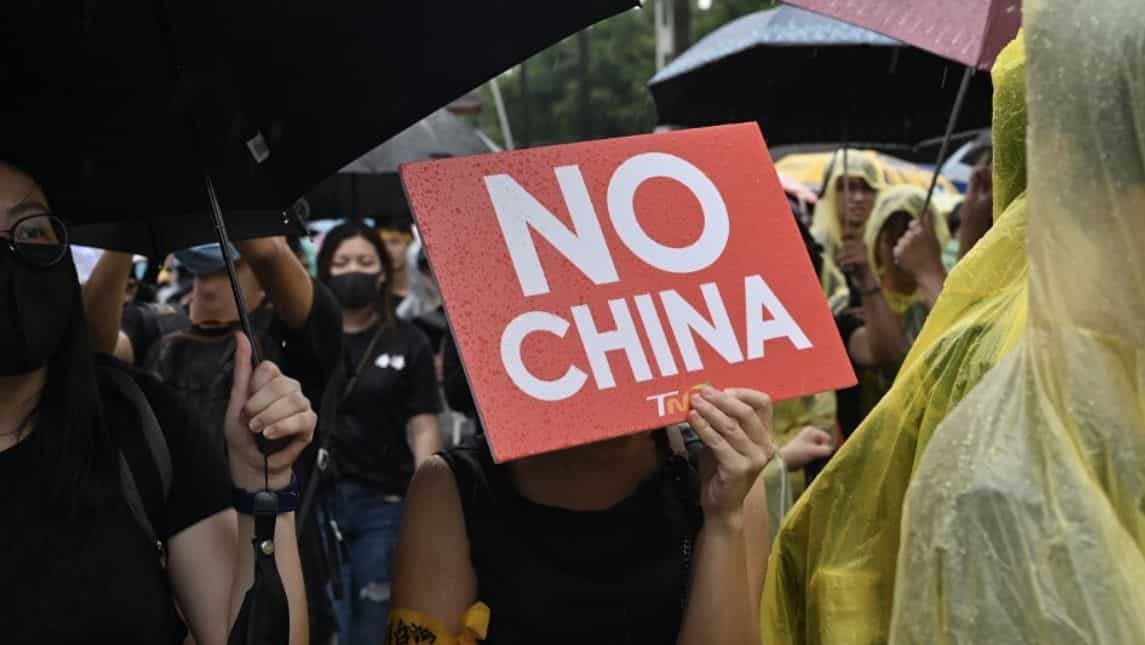 Taipei refuses to recognise Taiwan as part of 'One China'

Earlier, Beijing had reacted furiously after the US Congress greenlighted the potential sale of $2.2 billion worth of arms to Taiwan earlier this month and threatened sanctions on companies involved.

Relations between Beijing and Taipei have plummeted since President Tsai Ing-wen came to power in 2016 because her party refuses to recognise the idea that Taiwan is part of "one China".