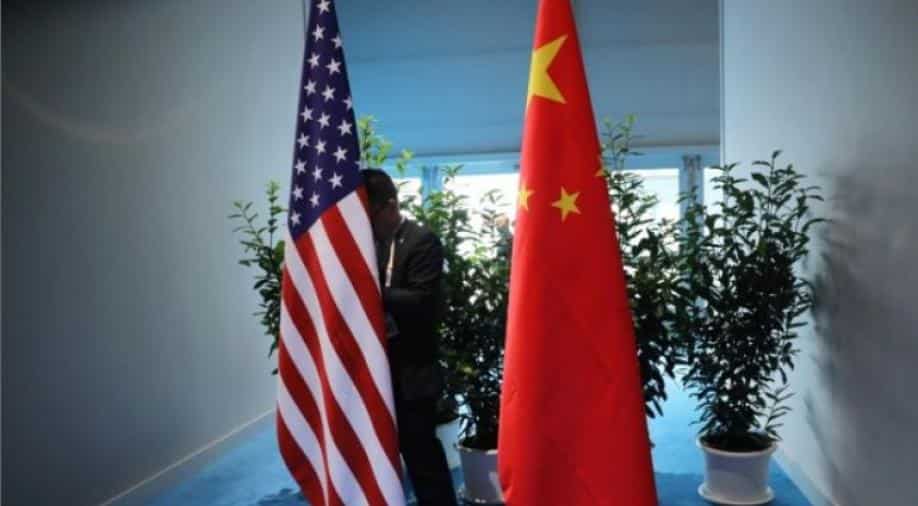 Chinese state media on Monday praised a significant dialling back of trade tension with the United States, saying China had stood its ground and the two countries had huge potential for win-win business cooperation.

A trade war was "on hold" after the world's largest economies agreed to drop their tariff threats while they work on a wider trade agreement, US Treasury Secretary Steven Mnuchin said on Sunday.

The previous day, Beijing and Washington said they would keep talking about measures under which China would import more energy and agricultural commodities from the United States to narrow the $335 billion annual US goods and services trade deficit with China.

The official China Daily said everyone could heave a sigh of relief at the ratcheting down of the rhetoric, and cited China's chief negotiator, Vice Premier Liu He, as saying the talks had proved to be "positive, pragmatic, constructive and productive".

"Despite all the pressure, China didn't 'fold,' as US President Donald Trump observed. Instead, it stood firm and continually expressed its willingness to talk," the English-language newspaper said in an editorial.

"That the US finally shared this willingness, means the two sides have successfully averted the head-on confrontation that at one point seemed inevitable", it said.

During an initial round of talks this month in Beijing, the United States demanded that China reduce its trade surplus by $200 billion. No dollar figure was cited in the countries' joint statement on Saturday.

But some analysts in Beijing warned that trade tension would persist, and that China should prepare for more action on trade from the Trump administration.

"We should not be blindly optimistic," Shi Yinhong, an expert on China-US relations at Renmin University in Beijing said at a forum on Sunday after the trade agreement was announced.

"Blind optimism (could lead to) China losing at this crossroads."

Shi said China could accept a lower trade surplus and reduce its market entry barriers, but would not compromise on its industrial policy.

The ruling Communist Party's People's Daily said that in the energy and agriculture sectors the two countries had obvious synergies, with the United States having the capacity to satisfy the massive Chinese market.

"The ballast stone of Sino-US ties are an equal and mutually beneficial trade and business relationship. Its essence is win-win cooperation," it said.

But China was not being forced to increase imports as a way to ward off the trade tensions or because the country had submitted to outside pressure, the newspaper said in a commentary.

China will naturally need to import more to satisfy demand from its increasingly affluent consumers, the newspaper wrote.

"Trade wars have no winners," it added in the commentary, published under the pen name "Zhong Sheng", meaning "Voice of China", used to give the paper's view on foreign policy issues.

However, some people in US business groups, who had been pushing for tougher US policies to pressure China to reform market barriers, expressed frustration and disappointment, saying it would be hard for the administration to rebuild momentum to take on Chinese industrial policies.

James Zimmerman, a Beijing-based lawyer and a former chairman of the American Chamber of Commerce in China, said the Trump administration's move to walk back its threatened trade actions was premature, and a "lost opportunity" for American companies, workers and consumers.

"The Chinese are in a state of quiet glee knowing that Trump's trade team backed off on sanctions without getting any real and meaningful concessions out of Beijing," Zimmerman said.