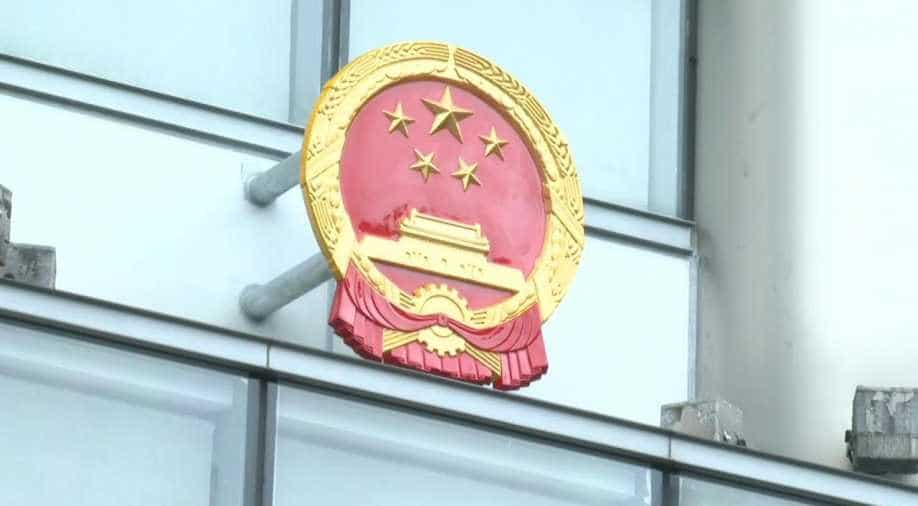 Beijing imposed a new security law on Hong Kong last week targetting acts of subversion, secession, terrorism and foreign collusion. The law is the most radical change in Hong Kong's freedoms and autonomy since Britain handed the city back to China in 1997.

China on Wednesday opened a new office for its intelligence agents to operate openly in Hong Kong for the first time under a tough new security law. The officials have, to this end, transformed a hotel into the force's headquarters.

The said hotel overlooks the city's Victoria Park, a location that has hosted pro-democracy protests for years, including an annual vigil each June marking Beijing's deadly Tiananmen crackdown.

A plaque bearing the security agency's name was unveiled early Wednesday in front of Hong Kong government and police officials. A Chinese flag was unfurled on a pole erected outside the building while a plaque bearing the emblem of the People's Republic of China went up overnight, according to China's official Xinhua news agency.

City leader Carrie Lam -- a pro-Beijing appointee -- hailed the opening as "a historic moment" and said China's intelligence apparatus would be an "important partner" in helping to safeguard national security.

Beijing imposed a new security law on Hong Kong last week targetting acts of subversion, secession, terrorism and foreign collusion. The law is the most radical change in Hong Kong's freedoms and autonomy since Britain handed the city back to China in 1997.

The content of the security law was kept secret until it was enacted last Tuesday, bypassing Hong Kong's legislature.

China has said it will have jurisdiction over the most serious cases, toppling the legal firewall that has existed between its party-controlled courts and Hong Kong's independent judiciary since the handover from Britain in 1997.

Not much is known about the new security office China has opened in Hong Kong beyond its top leadership. Last week Beijing appointed Zheng Yanxiong to head up the agency.

His two deputies were also named. The first is Li Jiangzhou, a veteran public security officer who has worked in the Liaison Office, the body that represents Beijing in Hong Kong.

Little is publically known about the second deputy, Sun Qingye. He has been described as a senior official from China's intelligence agency.