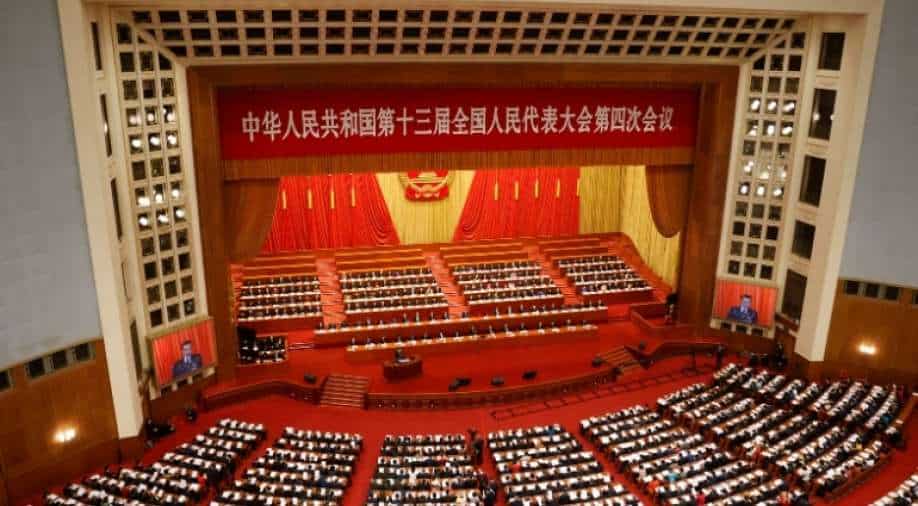 This comes after dozens of pro-democracy protesters, including former lawmakers, were arrested in Hong Kong under the draconian security law that was approved last year

China on Friday moved ahead to give itself veto powers to select Hong Kong's lawmakers, something that will further damage democracy and stifle dissent in the semi-autonomous region.

The legislation was tabled at China's rubber-stamp parliament in Beijing on Friday and will allow the Chinese Communist Party to vet all election candidates in Hong Kong.

This comes after dozens of pro-democracy protesters were arrested in Hong Kong, including former lawmakers, under the draconian security law that was approved last year.

A "qualification vetting system" that will encourage" orderly political participation" is included in the legislation, parliamentary spokesman Wang Chen was quoted as saying by news agency AFP.

The move will further hurt the democratic system of Hong Kong, a region where China committed to provide a degree of autonomy.

"If the measures are passed, as I'm sure they will be, then the voice of the opposition will be effectively silenced," Willie Lam, China analyst at the Chinese University of Hong Kong said.

"This will effectively wipe out any remaining opposition."

China has ramped up its authoritarian measures in Hong Kong after facing intense pressure through massive pro-democracy rallies throughout 2019.

Meanwhile, in the Congress session, Chinese Premier Li Keqiang also vowed to "resolutely guard against and deter" interference by external forces, amid rising global condemnation of China over its approach towards Uighurs, Taiwan and Tibet.

The Chinese premier also pledged to "resolutely deter any separatist activity" in Taiwan in his speech, as he opened the session.