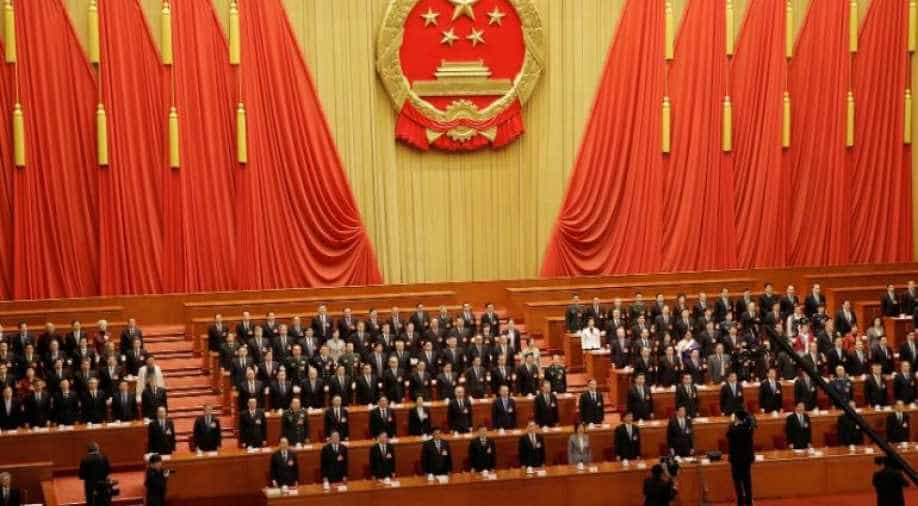 Officials sing the national anthem at the closing session of the National People's Congress (NPC) at the Great Hall of the People in Beijing, China Photograph:( Reuters )

The meetings of the parliament, or National People's Congress (NPC), and the Chinese People's Political Consultative Conference (CPPCC) are both due to begin early next month

China's parliament and its top political consultative body are both considering delaying annual meetings set for March, state media said on Monday, as the country battles a coronavirus outbreak that has killed more than 1,700 people.

The meetings of the parliament, or National People's Congress (NPC), and the Chinese People's Political Consultative Conference (CPPCC) are both due to begin early next month.

The gatherings see more than 5,000 delegates descend on Beijing, the capital, from all over China, for at least 10 days, to pass legislation and unveil the year's key economic targets.

A postponement would be the first since China adopted the current March schedule in 1995 for the meeting of parliament.

The standing committee of the NPC will meet on Feb. 24 in Beijing, the official Xinhua news agency said.

Also see: How coronavirus is affecting the global economyhttps://www.wionews.com/photos/impact-of-coronavirus-on-global-economy-278907

"The upcoming session is ... expected to deliberate a draft decision on postponing the third annual session of the 13th NPC," it said. The session was due to have begun on March 5.

The proposal was made in the belief it was important to focus on reining in the epidemic, Xinhua said. China has imposed transport curbs to halt the spread of the virus, which has killed 1,770 and infected nearly 71,000 in mainland China.

The CPPCC is also studying whether to postpone its annual meeting, state-run CCTV said, due to have begun two days earlier, on March 3.

Five people familiar with the matter told Reuters this month that China was considering delaying the meetings as Beijing grapples with the epidemic.