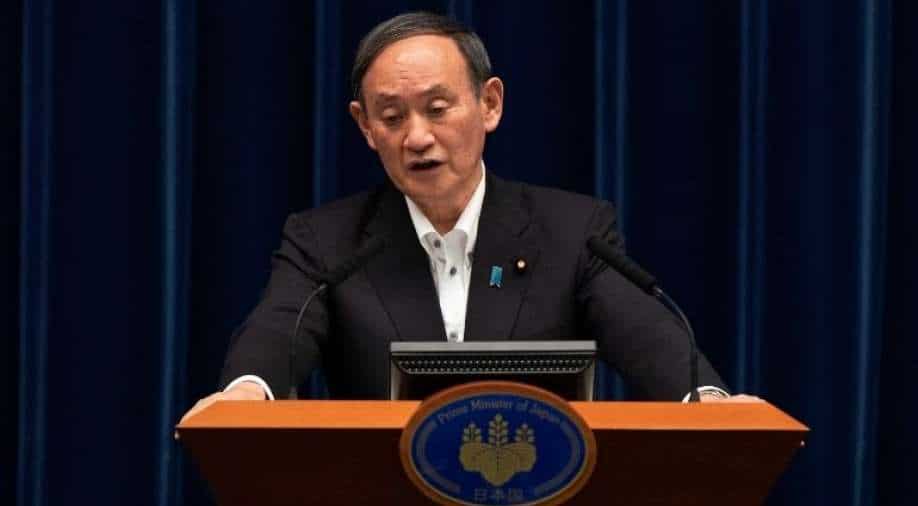 Referring to Australia, New Zealand and Taiwan, Suga had said, “Such three countries have been imposing strong restrictions on privacy rights” to curb the Covid pandemic.

China has launched a protest against Japan after its Prime Minister Yoshihide Suga referred to Taiwan as a country during a parliament debate.

Referring to Australia, New Zealand and Taiwan, Suga had said, “Such three countries have been imposing strong restrictions on privacy rights” to curb the Covid pandemic.

He was speaking in the first one-on-one debate with opposition in parliament on Wednesday.

Taiwan is usually called a “region” in Japan, while China claims the self-gorverned island as an “inalienable part” of its territory.

At a press briefing in Beijing on Thursday, Chinese foreign ministry spokesperson Wang Wenbin was asked about Suga's remarks.

Wang said: "Japanese leaders flagrantly refer to Taiwan as a "country" on multiple occasions, severely violating principles set out in the four political documents including the Sino-Japanese Joint Statement and its solemn and repeated commitment of not seeing Taiwan as a country."

"China is strongly dissatisfied with Japan's wrong remarks and has lodged solemn representations to the Japanese side," he said, adding, "We ask Japan to make prompt clarification, remove the severe damage and ensure that such things won't happen again.

"There is only one China in the world and Taiwan is an inalienable part of China's territory. The Taiwan question bears on the political foundation of China-Japan relations, the basic trust and good faith between the two countries and the international rule of law and justice," the Chinese official said.

"We seriously urge the Japanese side to earnestly honor its commitment, be prudent in words and actions, avoid undermining China's sovereignty in any form and refrain from sending any wrong signal to the "Taiwan independence" forces."

China and Japan, who have been historic rivals in the last century,  currently differ on several issues such as the East China Sea and Beijing's crackdown on Hong Kong pro-democracy activists.