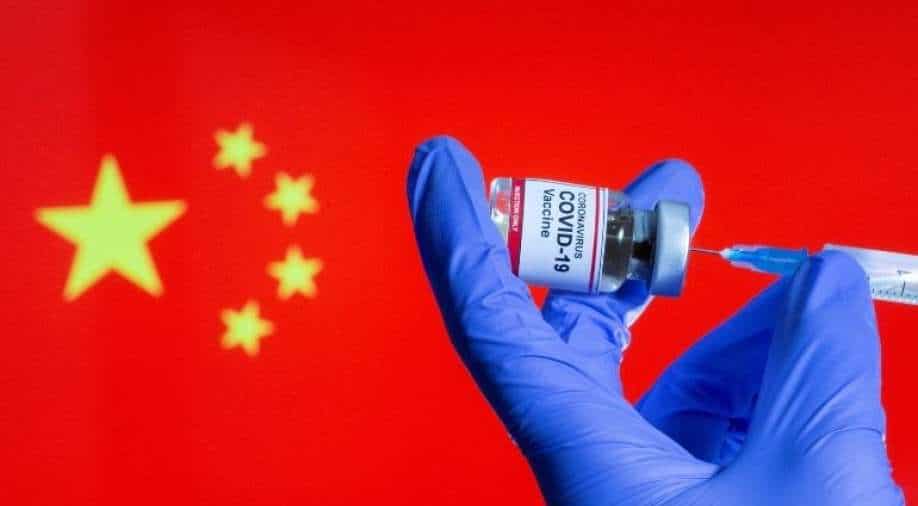 A woman holds a small bottle labeled with a "Coronavirus COVID-19 Vaccine" sticker and a medical syringe in front of displayed China flag in this illustration taken Photograph:( Reuters )

Available data shows Chinese vaccines lag behind others including Pfizer and Moderna in terms of efficacy, but require less stringent temperature controls during storage

Available data shows Chinese vaccines lag behind others including Pfizer and Moderna in terms of efficacy, but require less stringent temperature controls during storage.

Giving people doses of different vaccines is one way to improve vaccines that "don't have very high rates of protection", Gao Fu, the director of the Chinese Centers for Disease Control and Prevention, said on Saturday, without specifying whether he was referring to foreign or domestic vaccines

"Inoculation using vaccines of different technical lines is being considered," Gao told a conference in the Chinese city of Chengdu.

Gao said that taking steps to "optimise" the vaccine process including changing the number of doses and the length of time between doses was a "definite" solution to efficacy issues.

Two injections of a vaccine developed by China's Sinovac Biotech, when given shorter than three weeks apart, was 49.1 per cent effective based on data from a Phase III trial in Brazil, below the 50 per cent threshold set by World Health Organization, according to a paper published by Brazilian researchers on Sunday ahead of peer review.

But data from a small subgroup showed that the efficacy rate increased to 62.3 per cent when the doses were given at intervals of three weeks and longer. The overall efficacy rate for the vaccine was slightly above 50 per cent in the trial.

China has developed four domestic vaccines approved for public use and a fifth for smaller-scale emergency use. An official said on Saturday that the country will likely produce 3 billion doses by the end of the year.

No detailed efficacy data has been released on vaccines made by China's Sinopharm. It has said two vaccines developed by its units are 79.4 per cent and 72.5 per cent effective respectively, based on interim results.

Both vaccine makers have presented data on their COVID-19 vaccines indicating levels of efficacy in line with those required by WHO, a WHO panel said in March.

China has shipped millions of its vaccines abroad, and officials and state media have fiercely defended the shots while calling into question the safety and logistics capabilities of other vaccines.

"How to improve the protection rate of vaccines is a problem that requires global scientists to consider," Gao said, adding that mixing vaccines and adjusting immunisation methods are solutions that he had proposed.

Gao also rejected claims by some media reports that he said Chinese COVID-19 vaccines have a low protection rate, telling Global Times that it was "a complete misunderstanding."