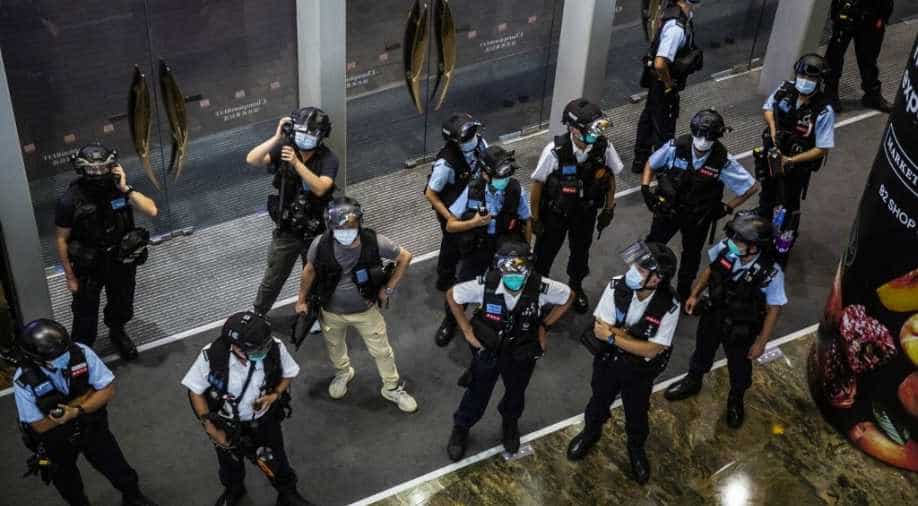 The boat was intercepted by the coastguard with local media saying it was en route Taiwan, a self-ruled island that regularly offers sanctuary to people escaping the authoritarian mainland.

At least 12 persons fleeing Hong Kong on a speedboat have been captured by China, police in the city said on Friday.

The boat was intercepted by the coastguard with local media saying it was en route Taiwan, a self-ruled island that regularly offers sanctuary to people escaping the authoritarian mainland.

Multiple media reports said the 12 included Andy Li, who was arrested earlier this month for alledged collusion with foreign forces -- a crime under the new Beijing-imposed law that carries a possible life sentence.

Hong Kong police said the 12, aged between 16 and 33, were being held by mainland authorities. They gave no details on when they would be handed back to Hong Kong.

Beijing imposed its swingeing national security law in June after tiring of the protests.

But a number of pro-democracy figures have left the city since it came into effect, fearful that they may be swept up in a Beijing dragnet and disappear into the mainland's opaque and Communist Party-run justice system.

Before the new law was imposed in response to the huge protests that erupted in June 2019, Hong Kong police had arrested more than 9,000 people, among whom more than 600 were charged with rioting, which carries a maximum penalty of 10 years in jail.

At least 50 former Hong Kong protesters had already applied for asylum in various jurisdictions before the coronavirus pandemic ended most international travel. Hundreds more have relocated to democratic Taiwan.