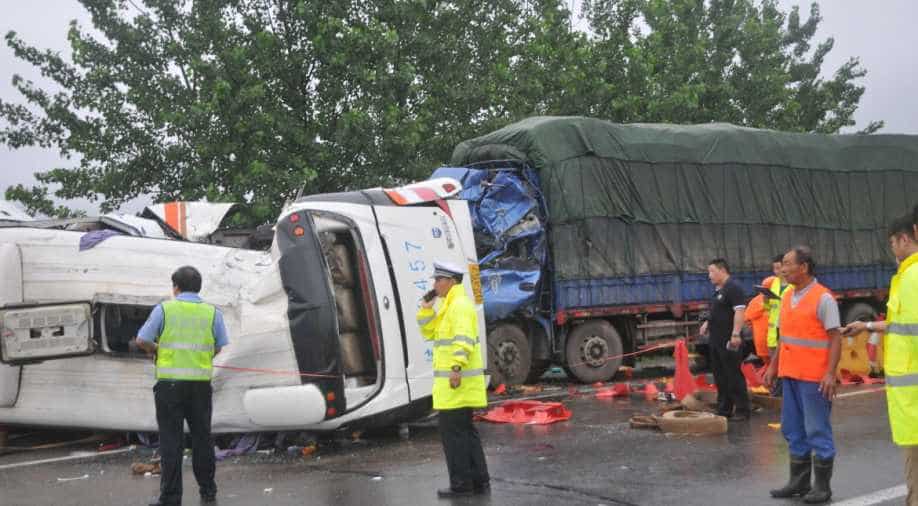 Two people, including the driver, have been rescued. They have been admitted to a hospital with minor injuries. (Representative image) Photograph:(Getty)
Follow Us

At least 18 people were killed and two others injured today when a bus they were travelling in plunged into a roadside lake in central China's Hubei province.

The bus carrying 20 people met with the accident near Miaoling Township in Ezhou City, said the head of the city's information office.

Two people, including the driver, have been rescued. They have been admitted to hospital with minor injuries.

Ezhou's publicity department said the victims have been identified and the bus has been pulled out of the water.

According to Ma Yichun, a work safety and supervision official for the city, heavy fog with visibility of less than 100 metres may have been connected to the accident.