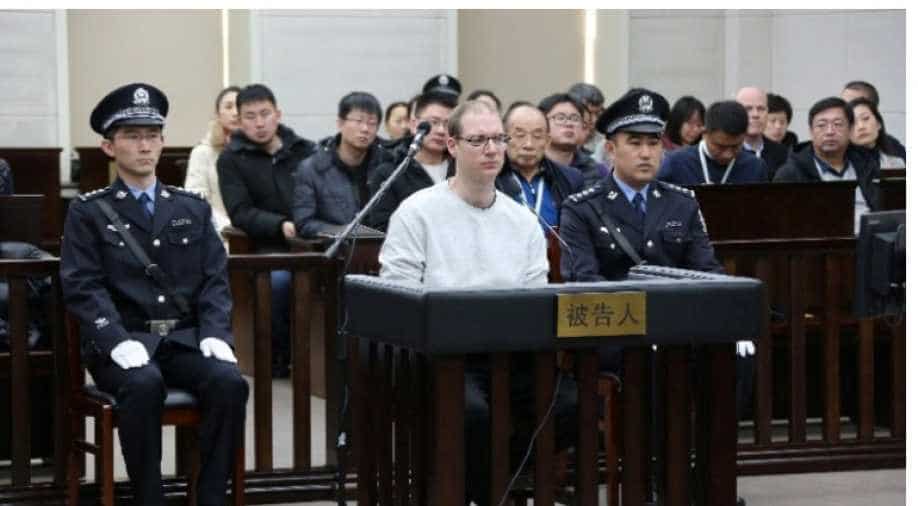 Canada urged Beijing on Tuesday to grant clemency to a Canadian sentenced to death for drug trafficking after his sentence reignited a diplomatic dispute that began last month.

Ottawa has warned its citizens about the risk of "arbitrary enforcement" of laws in China following a court's sentencing of Robert Lloyd Schellenberg, 36, to death on Monday, increasing a previous 15-year prison term.

The sentence came during a clash between Ottawa and Beijing over Canada's arrest in December of Meng Wanzhou, chief financial officer of telecom giant Huawei, on a US extradition request related to Iran sanctions violations.

"We believe it is inhumane and inappropriate, and wherever the death penalty is considered with regard to a Canadian we speak out against it," she said.

In a move observers see as retaliation over the Huawei case, Chinese authorities detained two other Canadian citizens -- a former diplomat and a business consultant -- on suspicion of endangering national security.
The timing and swiftness of Schellenberg's sentence and the inclusion of new evidence raised suspicion among observers.

In response to Canada's travel advisory on China, Beijing issued a similar response, urging its nationals to "travel cautiously."

China executes one or two foreigners every year -- nearly all for drug offences according to John Kamm, director of the US-based Dui Hua Foundation rights group.