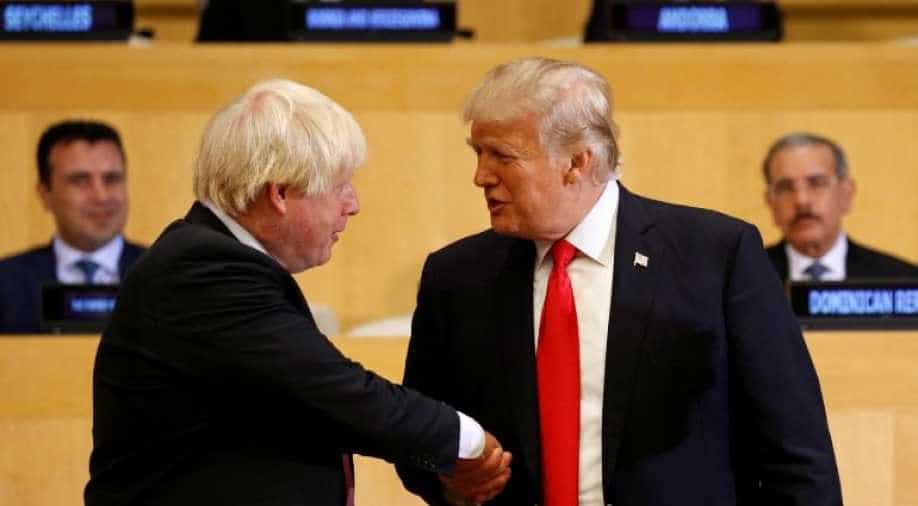 'I like him,' Trump told reporters in the Oval Office. 'I spoke to him yesterday.'

US President Donald Trump said Friday that Boris Johnson, the frontrunner to be Britain's next prime minister, would do a "great job" in the post after the pair had a telephone conversation.

"I like him," Trump told reporters in the Oval Office. "I spoke to him yesterday."

"He is going to do a great job," the Republican president added. "We get along well."

Trump renewed his long-standing criticisms of May, saying she had done "a very poor job" of taking Britain out of the EU and predicting that Brexit hardliner Johnson would fix the "disaster."

Earlier this month, Trump lashed out at May following the leak of diplomatic cables from Britain's ambassador to Washington describing the US leader as "inept," and voiced thanks that her premiership would soon be over.

"What a mess she and her representatives have created. I told her how it should be done, but she decided to go another way," he tweeted.

Watch: Hunt in final days of battle with Johnson to become UK

Johnson is tipped to replace Theresa May as prime minister next week, when the results of a postal ballot by the governing Conservative Party are revealed.