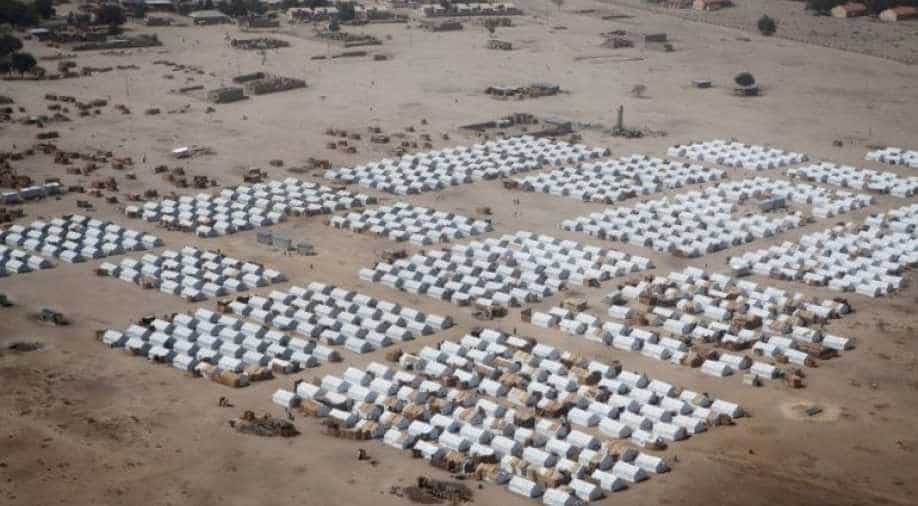 Fighters believed to be from the Islamic State West Africa Province (ISWAP), the IS-linked faction of Boko Haram, stormed four bases from Friday through Sunday in the latest spate of attacks targeting the army, sources from the military and militia said.

Fighters believed to be from the Islamic State West Africa Province (ISWAP), the IS-linked faction of Boko Haram, stormed four bases from Friday through Sunday in the latest spate of attacks targeting the army, sources from the military and militia said.

There were no immediate details on casualties.

In the latest incident, on Sunday, the insurgents made a failed attempt to seize a base in the town of Dikwa following a predawn attack.

"The terrorists attacked troops in Dikwa around 4:00 am but the attack was repelled without casualty on our side," a military officer, who did not want to be identified, told AFP.

The fighters came in 13 trucks fitted with heavy machine guns, said a second officer, who gave a similar account.

Dikwa which lies 90 kilometres from the state capital Maiduguri, is home to more than 70,000 displaced people who live in several camps where they rely on food and humanitarian assistance from aid agencies.

Late on Saturday, the jihadists blasted into a base in the town of Marte, 40 kilometres away, pushing troops out after a prolonged gunfight, the two military sources said.

The militants ransacked the base, carting away weapons abandoned by fleeing soldiers and setting fire to it. The soldiers withdrew to Dikwa.

As they retreated towards Lake Chad, the Islamist fighters sacked another base in Kirenowa village, 30 kilometres from Marte.

"The soldiers in Kirenowa have been evacuated to Dikwa after the attack by the terrorists", the first officer said.

The jihadists were believed to have launched the attacks from their Lake Chad enclave where the Nigerian military has intensified aerial attacks on ISWAP camps.

Troops in a base in Dalwa village, 16 kilometres outside Maiduguri, were dislodged after a six-hour battle with ISWAP fighters which continued into Sunday, said the military sources and an anti-jihadist militia.

The fighting forced Marte residents to flee into Maiduguri, arriving in trucks on Sunday, according to residents of the city.

However, troops returned to the town late Sunday with reinforcement from Maiduguri, the sources said.

ISWAP has since July last year targeted dozens of military bases in attacks that have left scores of soldiers dead.

The violence has spilled over into neighbouring Niger, Chad and Cameroon, prompting a regional military coalition to defeat the Islamist group.