Big US defence merger touts tech, but Trump has questions 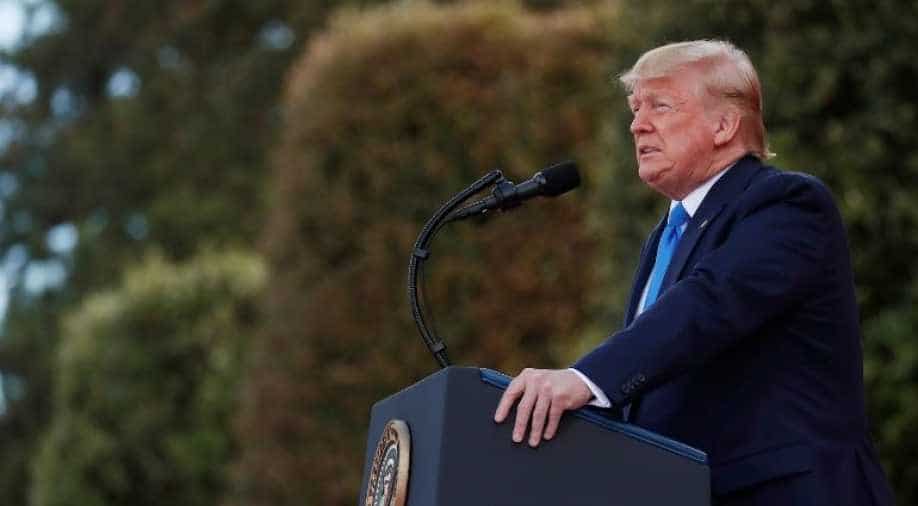 The two companies, which unveiled a "merger of equals" on Sunday, said combining would boost development of faster weapons systems, connected aircraft and other envelope-pushing products while saving the Pentagon and other customers money.

Executives from United Technologies and Raytheon said Monday their merger would benefit the Pentagon and other customers but the proposed deal garnered immediate skepticism from President Donald Trump.

The two companies, which unveiled a "merger of equals" on Sunday, said combining would boost development of faster weapons systems, connected aircraft and other envelope-pushing products, while saving the Pentagon and other customers money.

But Trump, who has shown more willingness than past US presidents to haggle with defense contractors and interject himself into the private sector in general, emerged as a potential question mark, telling CNBC Monday that he was "concerned" by the merger.

"When I hear they're merging, does that take away more competition? It becomes one big fat beautiful company," he told CNBC.

"But I have to negotiate, meaning the United States has to buy things and does that make it less competitive? Because it's already non-competitive."

Moments after Trump's comments, United Technologies Chief Executive Gregory Hayes said on CNBC that the two companies currently have almost no overlap and that their combination would not dent competition.

"We are looking forward to talking to the president later today," Hayes said. "Once he understands the benefits of this merger and what it is going to do to reduce the costs of the government and what it's going to do for jobs in this country, I think he's going be supportive."

The UTC merger with Raytheon would transform the two companies into a single conglomerate with varied but well-established brands, each in the top tier of its specialty. The two companies together would have about $74 billion in 2019 sales, according to the announcement.

Raytheon is best known for its Patriot air defense systems, which gained fame during the first Gulf War, and its Tomahawk cruise missiles, often the first weapons fired from US navy ships in recent conflicts.

UTC is a big player in the aeronautics industry with its Pratt & Whitney engines, which are used in civil and military aircraft, including the F-35 multi-role stealth fighter, considered among the most advanced combat aircraft in the world.

Combing the companies will result in annual savings of $1 billion by year four, about half of which could go to the US government, the companies said.

Those savings are one reason the US Department of Defense "is going to really like this deal," Hayes told analysts on a conference call.

The companies' pitch also emphasized the upside in terms of technological breakthroughs through an $8 billion research and development budget, 60,000 engineers and 38,000 active patents.

Technology is no longer changing in "a linear fashion," Raytheon CEO Thomas Kennedy told analysts, saying the speed of change is "exponential" in many instances.

"We're starting to see significant increases in technology growth in multiple areas that affect our business," Kennedy said. "So we believe that we need to invest in technology and that capability."

Expertise from UTC's Pratt & Whitney business on thermal management could have applications in Raytheon's defense products, while Raytheon's understanding of cybersecurity to boost commercial aviation, he added.

A note from Morningstar praised the deal, saying the "combined company will benefit from increased scale, complementary technology that plugs the gaps of each separate company's portfolios, and a portfolio that can offset a slowdown in either end market's spending growth."

Morningstar added it does not expect "any significant hurdles on the regulatory front, given that both firms have minimal overlap in terms of their underlying businesses."

A Credit Suisse note also alluded to "limited product overlap" but said the economic benefits of the deal "seem modest" and that the promised $1 billion in annual cost savings appear "somewhat questionable."