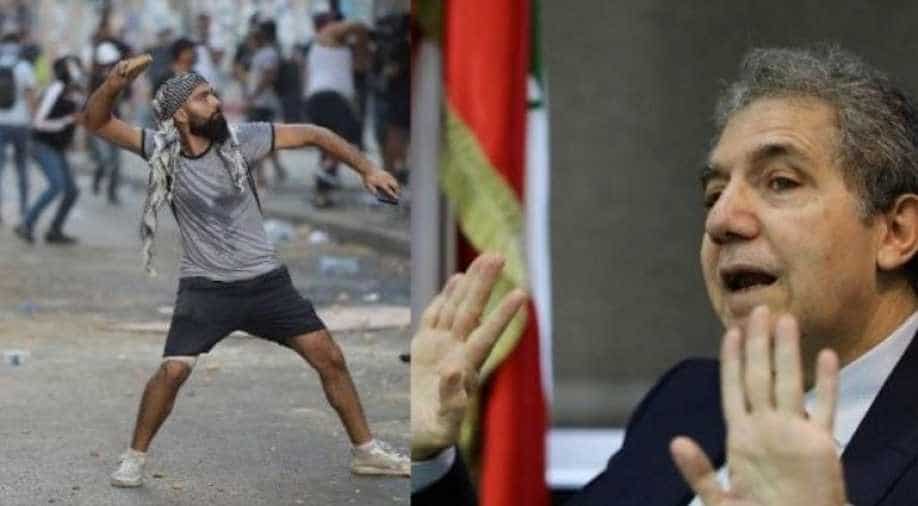 A fourth minister in Lebanon PM Diab's cabinet resigned today as protests continued in the aftermath of the Beirut blasts last week.

Information minister Manal Abdel Samad and environment minister Damianos Kattar had earlier resigned on Sunday as protests escalated over the Beirut blasts in which 158 people had died and several thousand were injured.

Marie Claude Najem had earlier visited the blast site as she was met by angry protesters promoting her to resign. French President Macron had visited the site last week before any of the government minister's as people vented their anger and urged the French president to intervene.

Macron has promised aid which would directly reach the people. On Sunday, the French president was able to pledge support of 250 million euros from world leaders even as aid workers on the ground continue to work around the blast site.

Prime Minister Hassan Diab had earlier suggested early elections but protesters have been in no mood to relent amid economic turmoil and the coronavirus crisis which has hit the nation amid the blasts.