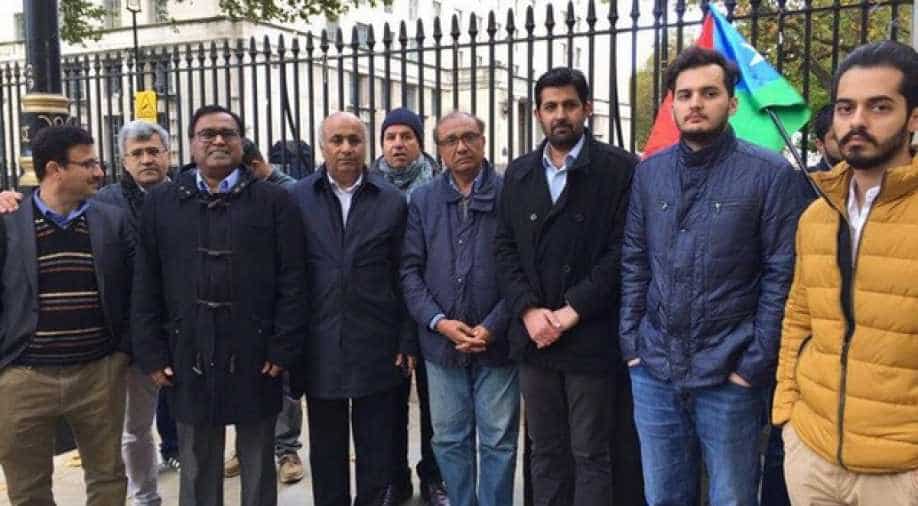 The meeting was attended by the Baloch and Sindhis, including the Baloch National Movement (BNM), the World Baloch Organisation (WBO), the World Sindhi Congress (WSC) and the Baloch Human Rights Council Photograph:( ANI )

The Sindhi Baloch Forum, in a statement shared on their Facebook page, announced they would protest on December 10 in London against the gross human rights violations in Sindh and Balochistan by Pakistan

Baloch and Sindhi activists have pledged unity for a common struggle against Pakistan in London.

The Sindhi Baloch Forum (SBF), in a statement shared on their Facebook page, announced they would protest on December 10 in London against the gross human rights violations in Sindh and Balochistan by Pakistan.

The Baloch and the Sindhi activists will organise a rally in London to highlight the enforced disappearances and the 'kill and dump' policy of the Pakistani security agencies in Balochistan and Sindh.

The decision was taken during a meeting of the SBF, held in London on October 29.

The meeting deplored irrelevant statements from certain quarters regarding geographical boundaries of Sindh and Balochistan.

"The Sindhi Baloch Forum resolves to thwart all designs to create disunity among the Baloch and Sindhi nations London, UK. The destiny of the Sindhi and the Baloch nations are intertwined, and the alliance of their national struggles for sovereignty cannot be separated," a statement by the SBF read.

The meeting was attended by the Baloch and Sindhis, belonging to all walks of life and organisations including the Baloch National Movement (BNM), the World Baloch Organisation (WBO), the World Sindhi Congress (WSC) and the Baloch Human Rights Council UK (BHRC-UK).

World Sindhi Congress Chairman Hidayat Bhutto will be attending and speaking at the event.

"The meeting called upon intellectuals, social-political activists, writers and all conscientious elements among the Baloch and Sindhis to take cognisance of the nefarious designs of individual personalities and groups on the pay role of enemy forces who have been given the duty of creating chasm of all kinds among the brotherly nations in order to weaken their national resistance against subjugation," the statement further read.

The SBF will also approach members of the British Parliament, the Members of European Parliament and other relevant quarters in the civilised world to highlight the plight of Sindhi and the Baloch masses and to present the case of human rights violation perpetrated by the state of Pakistan in Sindh and Balochistan.

"The meeting also took notice of the propaganda by hostile elements of the Baloch national struggle by exploiting the murders of innocent labourers belonging to Sindh in recent years," the statement added.

"It was declared that in the prevailing murky situation in Balochistan where it is quite impossible to ascertain who is targetting who and on whose behalf, exploiting the issue is not in the interest of the national struggles for national sovereignty and the historical alliance of both nations," it concluded.

The Sindhi Baloch Forum will also initiate a campaign of awareness among the Sindhi masses in order to convince them to avoid getting employment in conflict areas and especially in projects affiliated with China-Pakistan Economic Corridor (CPEC).