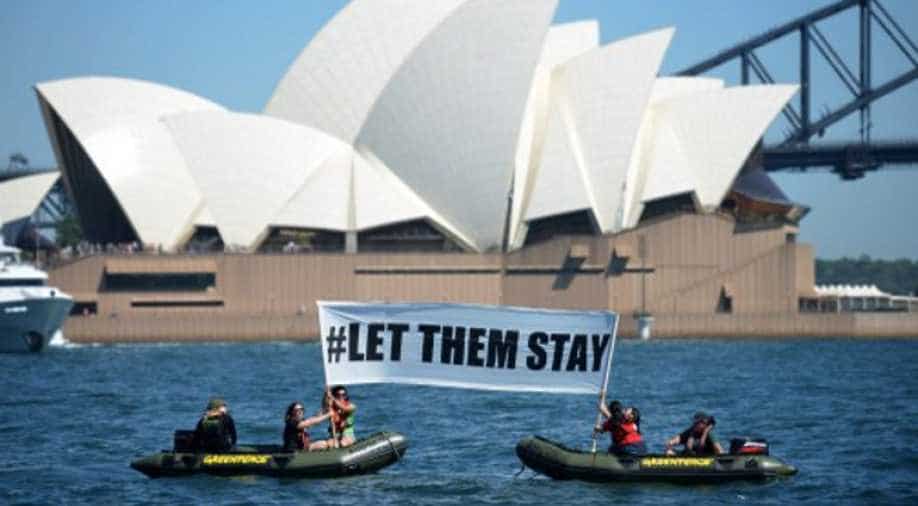 It was not clear if the deal would be honoured by the incoming Republican administration, with President-elect Donald Trump previously saying on the campaign trail that he would crack down on immigration. Photograph:( AFP )

Refugees in Papua New Guinea and Nauru were handed a lifeline on Sunday with Australia and the United States reaching a "one-off" resettlement deal.

Under Australia's tough border security laws, asylum seekers who try to reach Australia by boat are sent to the controversial remote detention facilities in the Pacific, even if found to be refugees.

US Secretary of State John Kerry, who is in New Zealand, confirmed the arrangement, adding that "we know that these refugees are of special interest to UNHCR and we're very engaged with them on a humanitarian basis there and in other parts of the world".

Abdul Aziz, 24, who has spent more than three years on Manus Island after fleeing his home in Sudan in 2013, was very happy. "All the refugees were smiling and hugging each other. This nightmare is going to end finally, but the main question is when and how and how we get out of here," he told Reuters.

The agreement, to be administered with the UN High Commission on Refugees (UNHCR), is available only to those currently in the processing centres and will not be repeated.

Immigration minister Peter Dutton said asylum-seekers whose refugee applications are rejected would be expected to return to their home country. While those who are offered the US move but reject it themselves would be offered a 20-year Nauru visa instead.

Some 1,200 people are in detention in the camps have been widely criticised by refugee advocates and medical professionals, who say some asylum-seekers suffer from mental health problems due to their prolonged, indefinite detention.