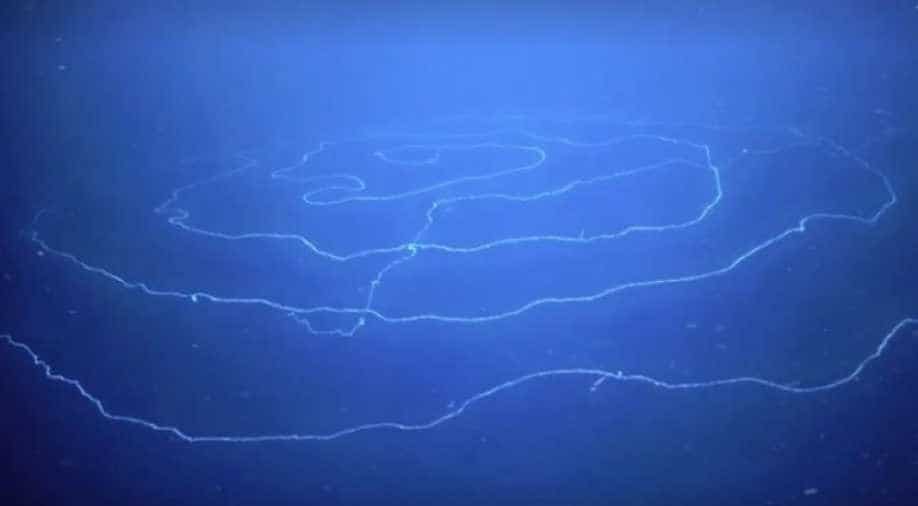 Scientists have discovered the world's longest ever recorded animal in the deep-sea of Australia.

This massive creature Siphonophore Apolemia's estimated length was 150 feet (46 meters) and was found near the coast of Western Australia.

Siphonophore is made up of individual zooids who cloned themselves to form into one gigantic animal.

This sea-animal was nearly twice as long as many blue whales, and three times as long as a humpback whale, which usually grow to around 50ft long.

"We suspected these deep sea areas would be diverse but we have been blown away by the significance of what we have seen," Chief Scientist Dr. Nerida Wilson at the Schmidt Ocean Institute, said in the news release on the animal's discovery.

Also read | Land, animal species were wiped out due to volcanic eruption over 250 million years ago

The scientists are still working to know the exact length of the animal.

With the help of underwater robot “ROV SuBastian”, scientists from the Western Australian Museum, Curtin University, Geoscience Australia and Scripps Institution of Oceanography finished off 181 hours of deep sea exploration at depths of up to 4,500 meters.

The exploration also found several other deep-sea animals that had not yet been documented, which includes an octopus squid, a long-tailed sea cucumber and glass sponges.