At least 30 killed in Syrian air strikes in Damascas suburb 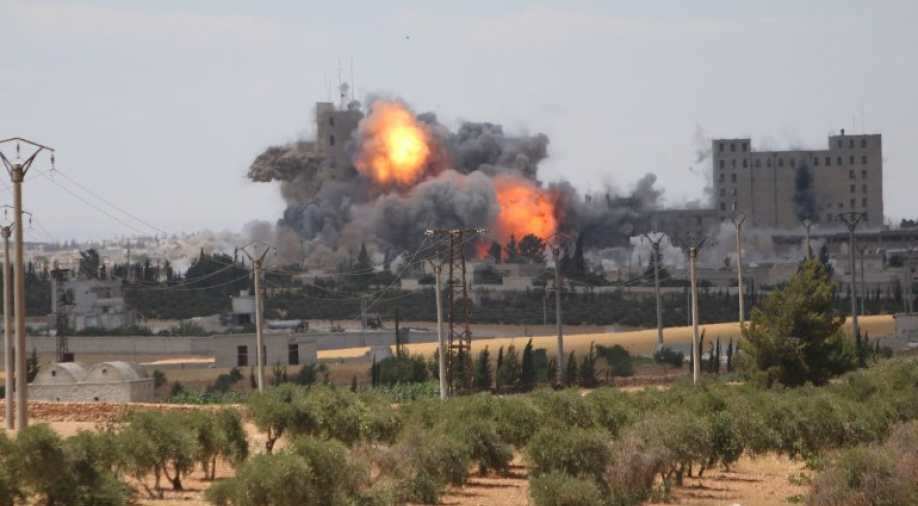 The raids targeted a medical centre, a school and a residential area in Jayrud town, monitor and rebels said. (Representative image.) Photograph:( Reuters )

Intensive Syrian air strikes today killed at least 30 civilians in a Damascan suburb town northeast of the city a day after the reported execution of a Syrian air force pilot, a monitor and rebels said.

They said the raids targeted a medical centre, a school and a residential area in Jayrud town, a heavily populated area that struck a local truce with the army that had spared it the heavy bombing on other rebel held areas. It had made it a sanctuary for thousands of civilians fleeing heavy battles nearby.

The UK-based Syrian Observatory for Human Rights said scores were also injured in the aerial strikes as well as shelling from army posts in the area.

A rebel spokesman said the strikes seemed to be in revenge for the killing of a Syrian air force pilot who parachuted down near the town after his plane crashed on Friday.

"The strikes against civilians are in retaliation against the execution of the pilot by Nusra Front," said Said Seif al Qalamoni, from the Free Syrian Army's (FSA) Shahid Ahmad Abdo brigade, that operates in Jayrud, alongside the al Qaeda's Nusra Front and other groups.

Rebels in a joint operations room targetted a main army base in the region with Russian-made surface to surface missiles after the aerial strikes, al Qalamoni said.

Syrian state media said the crash was due to a technical fault and the pilot had ejected, while the rebel group Jaish al-Islam said it had shot down the plane, but did not say how.

Jaish al Islam said the pilot was arrested and was subsequently killed by a fighter from the Nusra Front while being held at a joint command centre.

The army had warned of a strong response after the execution of the pilot was reported shortly after he was shown on a rebel video circulated on social media giving details of his mission.

Separately, Russian and Syrian planes intensified their bombing on Saturday of a strategic rebel-held area of Aleppo that is near the only route into opposition-held parts of the northern city. If the Malah area were to fall to the army and its allies they would succeed in laying siege to areas where over 400,000 people live under rebel control.