At least 16 dead in anti-Abiy protests in Ethiopia: Amnesty 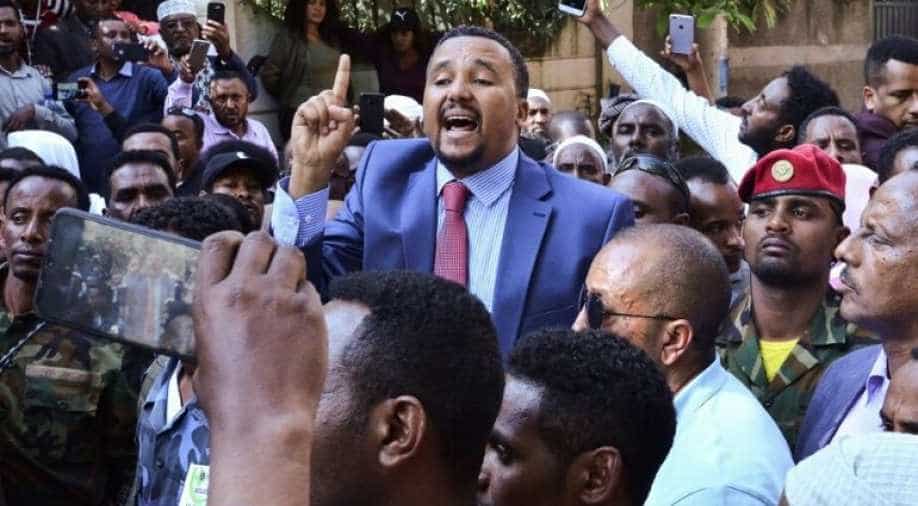 The violence erupted in Addis Ababa, and in much of Ethiopia's Oromia region after a high-profile activist accused security forces of trying to orchestrate an attack against him.

At least 16 people have been killed in violence in Ethiopia this week that began with protests against Prime Minister and Nobel Peace Prize laureate Abiy Ahmed, an Amnesty International researcher said Friday.

"Up to now we have confirmed 16 people dead, but the number must be more than that because new reports are emerging which we have not confirmed," Fisseha Tekle told AFP.

He said the violence had included instances of security forces opening fire on protesters but was increasingly taking the form of ethnic and religious clashes.

"Some people have lost their lives with sticks, with machetes, some houses have been burned. People have been using even bullets and light arms to kill each other, to fight each other," he said.

"I don't have the latest on what happened during the night but there was no sign of decrease."

The violence erupted in Addis Ababa, the capital, and in much of Ethiopia's Oromia region after a high-profile activist accused security forces of trying to orchestrate an attack against him.

The activist, Jawar Mohammed, is a former Abiy ally and member of the prime minister's Oromo ethnic group, the country's largest, who has recently become critical of some of Abiy's policies.

The unrest highlights divisions within the ethnic Oromo support base that swept Abiy to power last year, divisions that could undermine his position ahead of elections planned for May 2020.

At a press conference Thursday, Jawar called for calm while accusing the authorities of stoking instability.

At least six people were killed in the town of Ambo, west of Addis, after security forces opened fire on protesters, Fisseha said.

Ethnic and religious violence has been reported in the towns and cities of Dodola, Harar, Balerobe and Adama.

Ethiopian officials have provided scant information on casualties but did confirm two deaths in Adama earlier this week.

Property belonging to the Ethiopian Orthodox Tewahedo Church, which some associate with the Amhara ethnic group, has been targeted in multiple locations, Fisseha said.

"Up to now it is people going after the Orthodox Church and that creates a standoff and violence because the followers of the Orthodox defend themselves," Fisseha said.

On Thursday, the Orthodox Church issued a call for calm while saying the violence has "resulted in the loss of lives as well as caused damages to properties and mass displacements," according to the state-affiliated Fana Broadcasting Corporate.

Amnesty called on security forces to use restraint as they work to get the situation under control.

"The fact that protests are not commonly peaceful does not mean they have to use lethal force," Fisseha said.