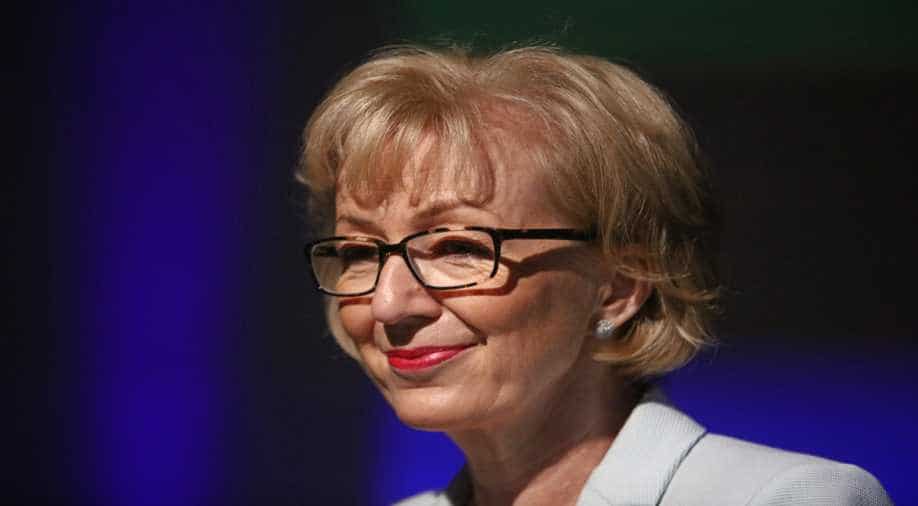 Leadsom, who has no cabinet experience, was barely known to the British public until she emerged as a prominent voice in the successful campaign for Britain to leave the European Union. Photograph:( Getty )

Follow Us
Energy minister Andrea Leadsom abruptly withdrew from the contest to succeed David Cameron as Britain's prime minister today, leaving her rival Theresa May as the only candidate.

The two women had been due to contest a ballot of around 150,000 Conservative party members, with the result to be declared by September 9, but the shock announcement opens the way for May to take over much sooner.

Leadsom, who has no cabinet experience, was barely known to the British public until she emerged as a prominent voice in the successful campaign for Britain to leave the European Union.

She had been criticised over a newspaper interview in which she appeared to suggest that being a mother meant she had more of a stake in the country's future than May, who has no children.

Leadsom read out a statement to reporters in which she said she was pulling out of the race because a nine-week leadership campaign was highly undesirable at such a critical time. She acknowledged that May had secured overwhelming backing in a vote of Conservative members of parliament last week.

"Strong leadership is needed urgently to begin the work of withdrawing from the European Union," Leadsom said.

"I have ... concluded that the interests of our country are best served by the immediate appointment of a strong and well supported prime minister. I am therefore withdrawing from the leadership election and I wish Theresa May the very greatest success. I assure her of my full support."

May, 59, who has served as interior minister for the past six years, is now set to become Britain's second female prime minister after Margaret Thatcher.