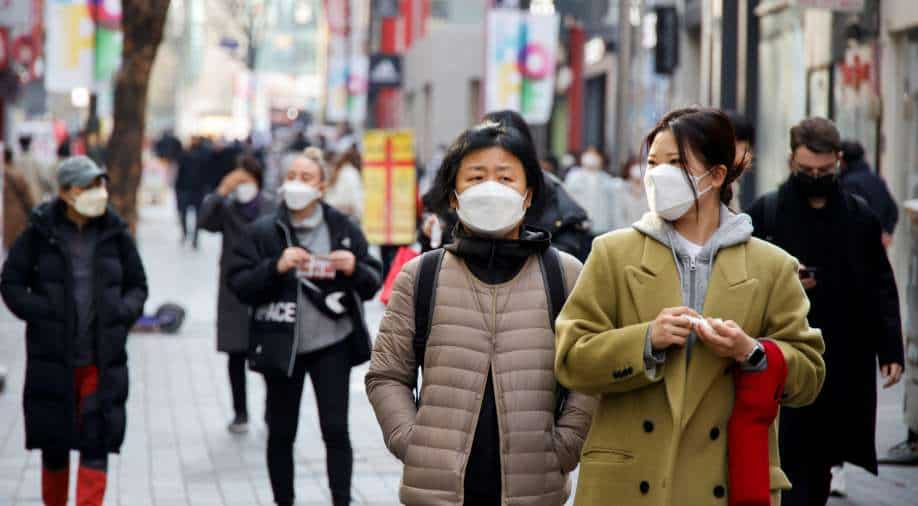 Women wear masks walk in a shopping district amid the pandemic in Seoul Photograph:( Reuters )

Authorities tightened restrictions after new Omicron variants were found. Direct flights to Ethiopia was suspended for two weeks with air travellers to be tested for the new variant.

As the Omicron virus cases continue to spread, South Korea detected new variant cases in flights from Nigeria as it battles the virus surge in the country.

Reports claim South Korea reported over 5,000 coronavirus cases on Wednesday worrying health officials. The authorities had earlier begun easing COVID-19 restrictions however the government has decided to keep the remaining restrictions in place due to the threat posed by the Omicron variant.

Latest reports claimed authorities had detected five people with the Omicron variant who had visited Nigeria.

The Korean health agency said the passengers were detected with the virus and later confirmed they had contacted the new variant after genetic sequencing tests were carried out.

Authorities tightened restrictions after new Omicron variants were found. Direct flights to Ethiopia was suspended for two weeks with air travellers to be tested for the new variant.

Further restrictions include strict quarantine for travellers for ten days including South Korean nationals even if they are fully vaccinated. The country has also reportedly stopped issuing visas for non-nationals from eight African countries.

Reports say capital Seoul has been witnessing a surge in cases with most intensive care units occupied although the country has already inoculated nearly 92 per cent of its adult population.