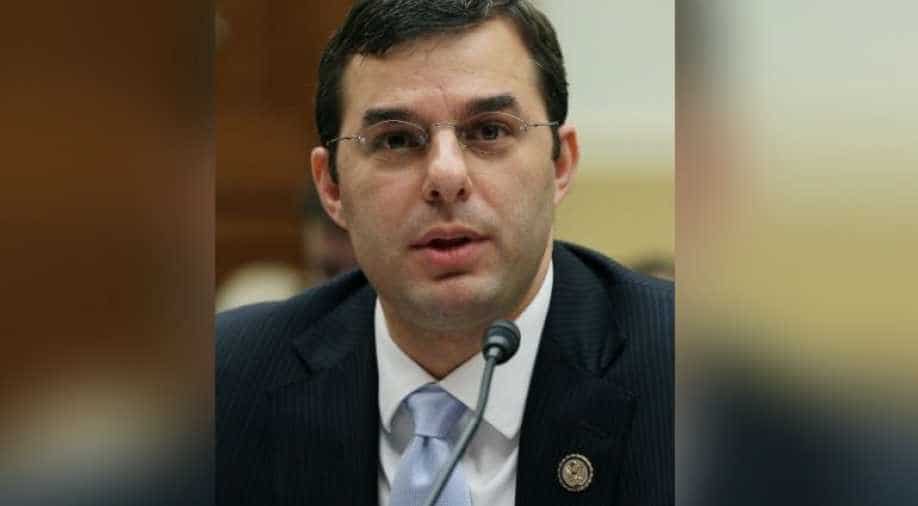 'Undoubtedly any person who is not the president of the United States would be indicted based on such evidence,' Justin Amash added.

Republican lawmaker Justin Amash said Saturday that he believed Donald Trump has engaged in "impeachable conduct," becoming the first politician of his party to call for removing the president from his party.

The Michigan representative also accused Attorney General William Barr of "deliberately" misleading the public over the actual content and tenor of Special Counsel Robert Mueller's report on Russian interference aimed at tipping the election to Trump.

In a series of tweets, Amash -- a member of the ultra-conservative Freedom Caucus -- said "few members of Congress even read Mueller's report," which identified "multiple examples of conduct satisfying all the elements of obstruction of justice."

"Undoubtedly any person who is not the president of the United States would be indicted based on such evidence," he added.

"Contrary to Barr's portrayal, Mueller's report reveals that President Trump engaged in specific actions and a pattern of behaviour that meets the threshold for impeachment."

Amash's comments went even further than those by most Democratic leaders in Congress.

"@justinamash come to find me in 1628 Longworth. I've got an impeachment investigation resolution you're going to want to cosponsor," she wrote in response to Amash's thread.

Trump has proclaimed he was fully exonerated by Mueller's report.

But some Democrats argue that the document lays out multiple occasions in which the president may have obstructed justice, including Senator Elizabeth Warren, a 2020 presidential candidate who has called for impeachment proceedings.

Other senior Democrats including House Speaker Nancy Pelosi have cautioned against such a move, stressing it could deeply divide the nation of about 325 million people.

They warn it could backfire politically in the run-up to the 2020 election, especially with the Republican-controlled Senate likely to acquit the president in the event of impeachment by the House of Representatives.