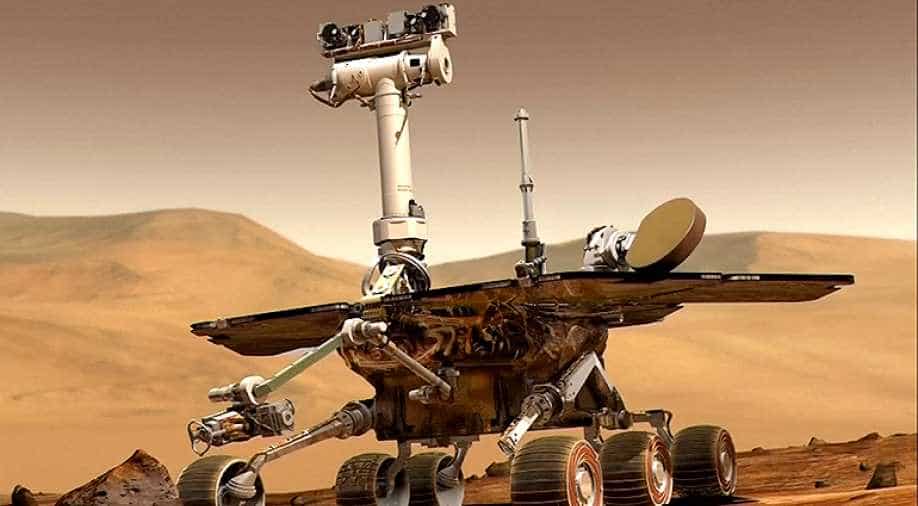 On Tuesday, engineers sent a transmission in a last attempt to revive the rover, but heard nothing back.

Opportunity, a remarkably durable NASA rover designed to roll along the surface of Mars for three months, has stopped communicating with Earth after 15 years of service, officials said on Wednesday, ending a mission that astounded the US space agency.

Engineers lost contact with the solar-powered vehicle on June 10 during a dust storm that encircled Mars. Since then, NASA officials made numerous attempts to reach the six-wheeled rover, which is about the size of a golf cart.

Opportunity's equipment may have been compromised by the storm, which struck while the rover was at a site called Perseverance Valley and blotted out sunlight needed by the robot's solar panels, officials said.

The vehicle was built to drive six-tenths of a mile (1 km), but ended up covering 28 miles (45 km) and lasting longer on Mars than any other robot sent to the surface of the Red Planet.

On Tuesday, engineers sent a transmission in a last attempt to revive the rover, but heard nothing back, said Thomas Zurbuchen, associate administrator for NASA's Science Mission Directorate.

"It is, therefore, that I am standing here with a sense of deep appreciation and gratitude that I declare the Opportunity mission as complete," Zurbuchen said during an online video presentation at the Jet Propulsion Laboratory in Pasadena, California.

As Opportunity explored craters on Mars, it gathered evidence to demonstrate the planet in the ancient past was wet and warm enough to possibly sustain life, NASA said. That included the discovery of white veins of the mineral gypsum, an indication of water moving through underground fractures.

Opportunity landed on Mars in January 2004, a few weeks after its rover twin, Spirit.

Spirit ended its mission in 2010 after becoming stuck in soft soil.

The Opportunity mission cost more than $1 billion, with about 300 JPL staff members dedicated to the project soon after it landed, John Callas, project manager for Mars Exploration Rovers, said by phone.

The team had dwindled to 30 by the time Opportunity went silent, he said. Its members are going to other projects.

Another NASA rover called Curiosity, which arrived on Mars in 2012, continues its work on the Martian surface, collecting soil samples to analyse them for signs of organic compounds.

And NASA's InSight spacecraft, the first robotic lander designed to study the deep interior of a distant world, touched down safely on the surface of Mars in November, with instruments to detect planetary seismic rumblings never measured anywhere but Earth.

InSight and the next Mars rover mission, scheduled for 2020, are both seen as precursors for eventual human exploration of Mars, an objective NASA Administrator Jim Bridenstine has said might be achieved as early as the mid-2030s.