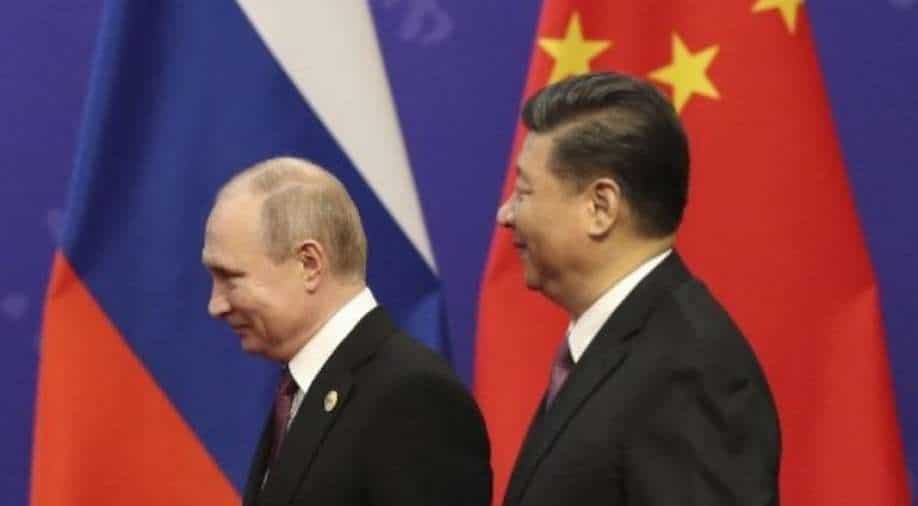 People familiar with the matter said China's agreement would not be to support Russia's invasion of Ukraine but to boost its imports as it focuses on energy and food security.

The Chinese are considering purchasing or increasing stakes in Russian energy and commodities companies such as Gazprom and United Co Rusal International, according to sources.

There are reports that Beijing is in talks with its state-owned firms, including China National Petroleum, China Petrochemical, Aluminum Corporation of China, and China Minmetals Corporation, about possible investments in Russian companies or assets.

People familiar with the matter said China's agreement would not be to support Russia's invasion of Ukraine but to boost its imports as it focuses on energy and food security.

Also read | Ukrainians try to protect their 'past' from the 'present'; rush to save cultural heritage from Russian attacks

Reports indicate that the discussions are still in an early stage and that no agreement is imminent. Separate sources report that talks have begun between Chinese and Russian energy companies.

With the price of energy, metals, and food soaring to unprecedented heights as a result of Russia's war in Ukraine, Beijing faces increased pressure to secure imports. Last week China's top officials ordered that commodities supply security be prioritized following a surge in prices, Bloomberg reported.

The Chinese government has promised to maintain normal trade relations with Russia despite a massive exodus of American and European companies.

As for China-Russia relations, Wang Yi said earlier this week they remained "rock solid," despite Beijing expressing concern about civilian casualties and calling for peace talks to end the war.

However, any investment in Russia carries risks that go beyond Beijing's geopolitical balancing act. Default risks have intensified as a result of sanctions that have wiped billions of dollars off Russian assets and bonds. Since the Russian economy has deteriorated rapidly, the nation has become almost uninvestable for global companies. As the yuan surges against the ruble, questions are raised about the two countries' strategic relationship.

China's investment could serve as a catalyst for Moscow to accelerate its "Pivot to Asia" with oil and gas supply deals. In the last five years, China has doubled its purchases of Russian energy products to nearly $60 billion.

As per a report by the Australian intelligence, a "troubling new strategic convergence" between Beijing and Moscow has developed and the risk of "major power conflict" had grown since Russia invaded Ukraine.

Director-general of the Office of National Intelligence, Andrew Shearer, said China's President Xi Jinping appears to be planning to dominate the Indo-Pacific region and use it as a base to overtake the United States as the world's leading power.