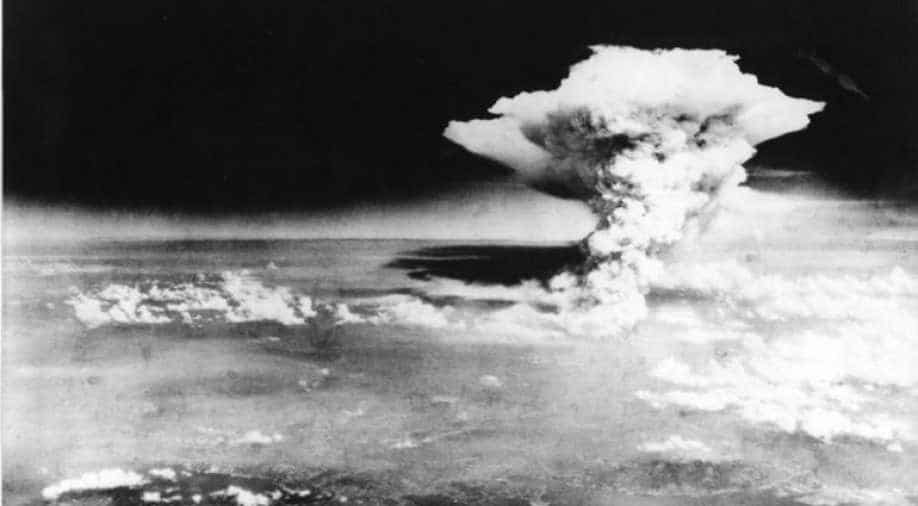 It has been 75 years since the United States dropped the world's first atomic bomb on Hiroshima.

Has the world learnt any lessons?

As many as 30 years ago, the Cold War ended with the US and Russia agreeing to reduce their nuclear arsenal by 90 per cent.

But those agreements are being discarded one by one. China is scaling up its small nuclear arsenal. US and Russia are modernising their nuclear weapons and non-nuclear nations are not happy.

The 1968 treaty on the non-proliferation of nuclear weapons allows the nuclear powers, US, Britain, China, France and Russia to maintain nuclear weapons. This has been allowed in exchange for a commitment of total nuclear disarmament.

In pics | 'Unspeakable horror': The attacks on Hiroshima and Nagasaki

Other nuclear states, like India, Pakistan and Israel have not signed this treaty. North Korea, a former signatory, broke away and developed nuclear warheads.

This treaty failed and was replaced by another agreement in 2017 prohibits building, possessing and testing of nuclear weapons. So far, only 40 countries have signed it and as a result of this, the world has 13,410 nuclear weapons.

The nuclear treaties are not the only deals that have been discarded.

The Trump administration has pulled out the Iran Nuclear deal in 2018. The US has exited the intermediate-range nuclear forces treaty too.

Now the deal, that the new Strategic Arms Reduction Treaty with Russia may fail if China remains adamant on not joining it. This could have serious implications as America, Russia and China hold more than 90 per cent of the world's nuclear arsenal.

The US and Israel have targeted Iran's nuclear program with a computer worm. Hackers in Russia have probed US nuclear plants and Chinese hackers conducted cyber espionage on the US military.

The use of AI increases the prospects of accidents and unintentional use of nuclear weapons. An automated system can make a mistake and that mistake can wipe out the world.

Nuclear weapons that made us suffer for decades still exists and therefore to say the war is over, would be very much an exaggeration.