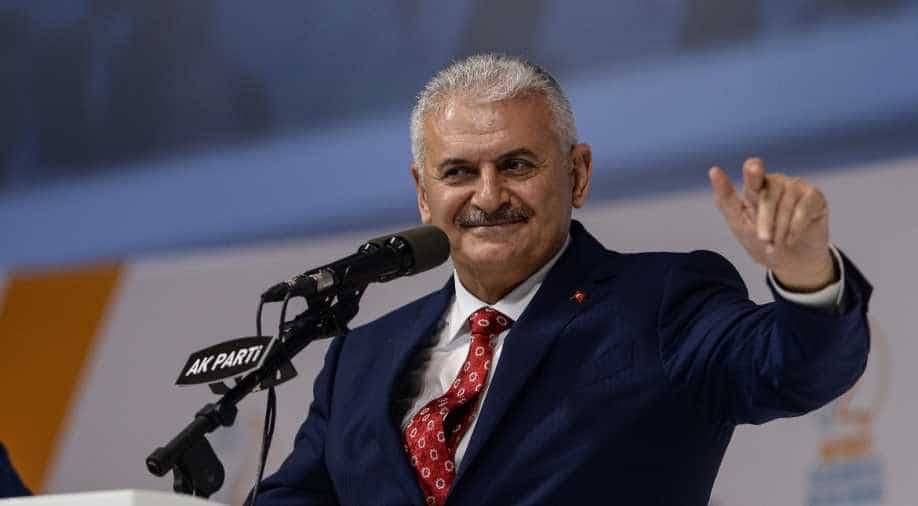 Turkish Prime Minister Binali Yildirim said the military helicopter crash which occurred in the highlands of Giresun province was an accident due to poor weather conditions. Photograph:( Getty )

Follow Us
Seven people were killed and eight injured when a helicopter carrying Turkish military personnel, their wives and children crashed in the Black Sea region of northeast Turkey on Tuesday, the Turkish armed forces said.

The cause of the Sikorsky helicopter's crash, as it returned to the town of Giresun from a visit to military outposts in the area, could not immediately be determined, a statement on the military's website said.

However, the Prime Minister and one of his deputies said poor weather was responsible, rather than a militant attack. The Turkish armed forces are involved in a conflict with Kurdish militants focussed in the country's southeast.

Those on board, who according to media reports included a brigadier general, had been visiting military personnel and their families at gendarmerie outposts to mark the Eid al-Fitr holiday at the end of the Muslim holy month of Ramzan.

"Unfortunately, seven people among our comrades in arms, their wives and children lost their lives and the eight injured people were immediately sent to hospitals in the region," the army said, without specifying who had died.

Rescue teams and ambulances rushed to the site of the crash, but local residents arrived first. Video broadcast by CNN Turk showed locals helping the wounded down a hillside and taking them in their vehicles to nearby hospitals.

The helicopter crashed at around 5:15 pm (1415 GMT) near Tohumluk village in the Alucra district of Giresun province, the military said.

As well as a brigadier general, on board were two colonels and other officers, along with four of their wives and three children, the private news agency Dogan reported.

Earlier, Prime Minister Binali Yildirim said the crash, which occurred in the highlands of Giresun province, appeared to be an accident caused by bad weather.

"It is understood to be an accident resulting purely from poor weather conditions," Yildirim told reporters in televised comments.

Deputy prime minister Nurettin Canikli, who travelled to the area of the crash, later echoed Yildirim's words in comments to reporters and ruled out the possibility that an attack could have been responsible.

In May, the army said a military helicopter that had crashed a week earlier may have been brought down by Kurdish militants with a ground-to-air missile.