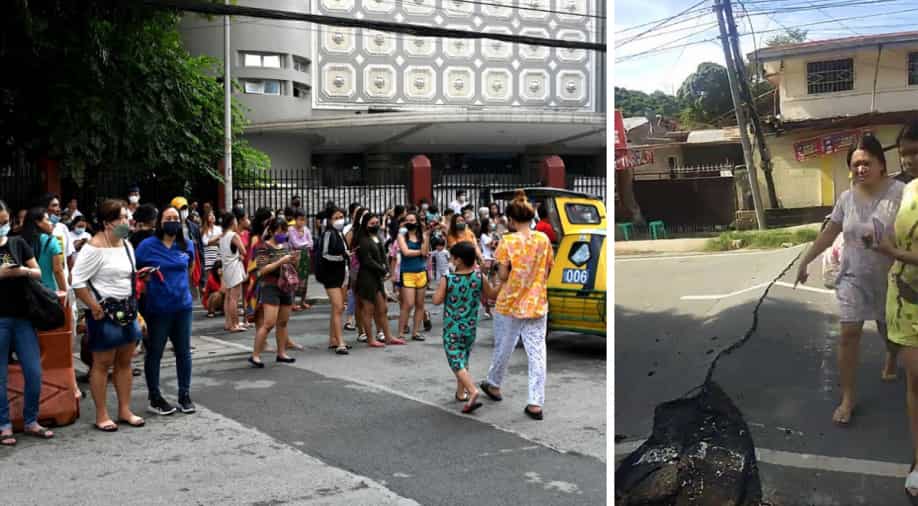 The 6.0 magnitude quake was followed by at least 7 more minor quakes

The quake hit 100 kilometres (60 miles) southwest of the port city of Bandar Abbas in Hormozgan province at 1.32 am, the US Geological Survey said.

Iranian media put the strength of the quake at 6.1 while the European Mediterranean Seismological Centre (EMSC) said it had a 6.0 magnitude. The quake was at a depth of 10 km (6.21 miles), EMSC said.

It was followed by at least 7 more minor quakes with magnitudes ranging from 4.3 to 6, USGS said.

All the injured have been taken to hospitals.

Three people were killed in Sayeh Khosh village close to the epicentre of the quake, IRNA reported, citing a member of the village Islamic council who said three bodies had been pulled from the rubble.

The quake was so strong that it was felt in various parts of UAE, Khaleej Times reported. However, no loss of life or property damage has been reported yet.

Distressed residents took to social media to share videos of the quake and its effects.

Just experienced the mother of all earthquakes and it was one of the longest ones in my 20 years of living in UAE and a really strong one here in Dubai…. #Dubai #earthquake #uae praying for everyone’s safety. May Allah have mercy. pic.twitter.com/iCELmDggIZ

#Earthquake in #Dubai twice in one night. Both were strong and long stretched. #UAE. Hope everyone is safe. pic.twitter.com/Nfmm6TbNEY

Iran is an area of strong seismic activity as it is situated on the edge of several tectonic plates and crossing various fault lines.

Iran's deadliest quake was a 7.4-magnitude tremor that struck in 1990, killing 40,000 people in the north of the country.