30 dead as IS attacks city in east Syria, says monitor 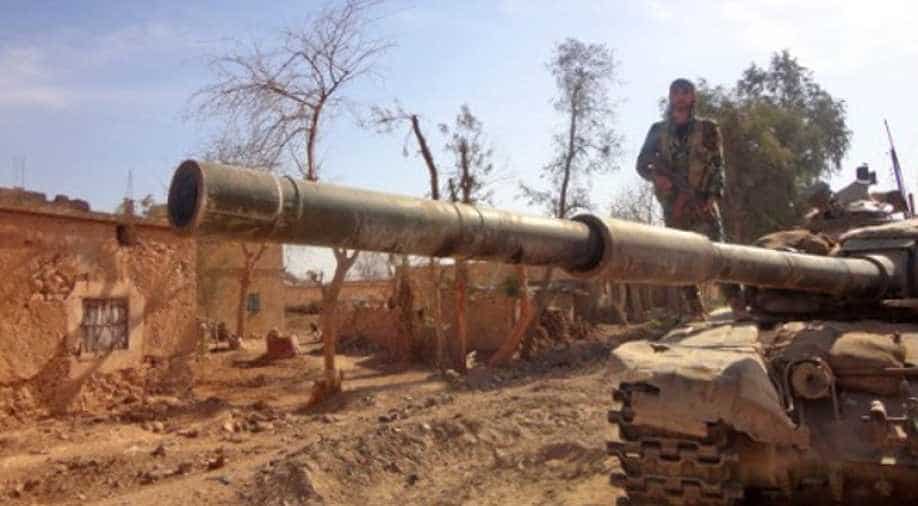 A Syrian army soldier takes aim in the government sector of the town of Houwayqa, Deir Ezzor on November 12, 2016. Photograph:( AFP )

At least 12 members of government forces and 20 IS militants were among the dead in the IS attack on regime positions in Deir Ezzor, according to the Syrian Observatory for Human Rights.

Both the Observatory and Syrian state news agency SANA said two civilians were also killed in IS rocket fire on government-controlled zones in the city.

Around 200,000 people live in Deir Ezzor city, which has been besieged by IS since early 2015 and is the capital of the oil-rich province of the same name.

IS has sought to overrun the entire city, including the key nearby military airport.

Observatory head Rami Abdel Rahman said Saturday`s attack was the "most violent" assault mounted by IS on the city in more than a year.

He said IS was using tunnel bombs and suicide attackers, while Syrian and allied warplanes battered jihadist positions with air strikes.

"Daesh is amassing its forces to attack Deir Ezzor and breach government lines," a Syrian military source told AFP, using the Arabic acronym for IS.

He said jihadists had aimed to cut the route between the airport and the city, but that the government`s counter-attack had stopped IS.

"Warplanes attacked Daesh`s supply lines in all the battlefronts and around the airport," he said.

IS is excluded from a nationwide truce that was brokered by Turkey and Russia and came into effect on December 30.

Diplomatic efforts to end Syria`s nearly six-year war have thus far failed, but Moscow and Ankara are hoping that peace talks in the Kazakh capital of Astana later this month will lead to a political solution.