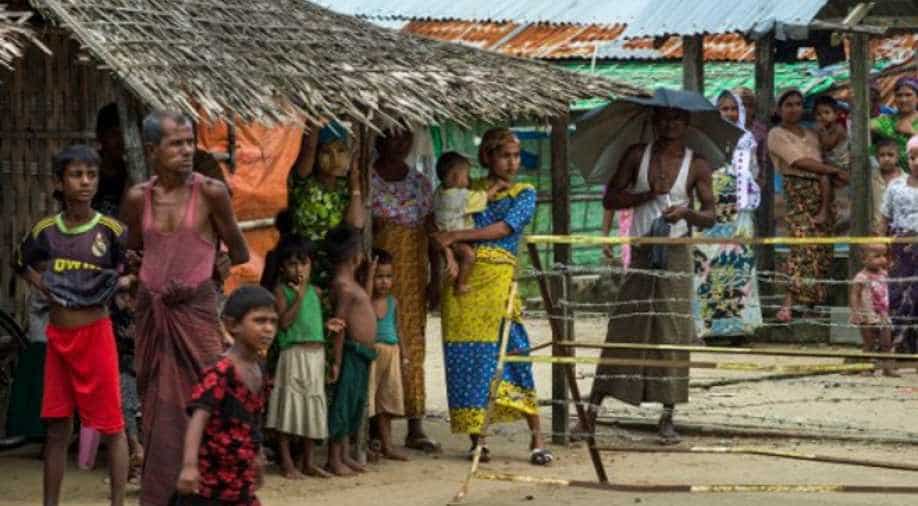 Bangladesh has stepped up patrols on the border to try to stem the tide of refugees to flee violence in the western state of Rakhine. Photograph:( AFP )

Around 21,000 Rohingya have fled to Bangladesh in recent weeks to escape violence in neighbouring Myanmar, an official of the International Organisation for Migration said today.

Bangladesh has stepped up patrols on the border to try to stem the tide of refugees fleeing a bloody crackdown by Myanmar's army in the western state of Rakhine since early October.

But Sanjukta Sahany, head of the IOM office in Bangladesh's southeastern district of Cox's Bazar bordering Rakhine, said around 21,000 members of the stateless ethnic minority had crossed over in the past two months.

The vast majority of those who arrived took refuge in makeshift settlements, official refugee camps and villages, said Sahany.

"An estimated 21,000 Rohingya have arrived in Cox's Bazar district between October 9 and December 2," she told AFP by phone.

"It is based on the figures collected by UN agencies and international NGOs" (non-governmental organisations).

Those interviewed by AFP inside Bangladesh told horrifying stories of gang-rape, torture and murder at the hands of Myanmar's security forces.

Analysis of satellite images by Human Rights Watch found hundreds of buildings in Rohingya villages have been razed.

Myanmar has denied allegations of abuse but has banned foreign journalists and independent investigators from accessing the area.

Myanmar's Nobel peace laureate and de facto leader Aung San Suu Kyi has faced a growing international backlash for what a UN official has said amounts to a campaign of ethnic cleansing against the Rohingya, a Muslim group loathed by many of Myanmar's Buddhist majority.

Last week she vowed to work for "peace and national reconciliation", saying her country faced many challenges, but did not mention the violence in Rakhine state.

Bangladesh has reinforced its border posts and deployed coastguard ships to try to prevent a fresh influx of refugees.

In the past two months Bangladeshi border guards have prevented hundreds of boats packed with Rohingya women and children from entering the country.

The Bangladesh government has been under pressure from Muslim groups and the opposition to open its border to the fleeing Rohingya.

Today police stopped thousands of hardline Muslims from marching to the Myanmar embassy in Dhaka to protest at the ongoing "genocide" of Rohingya.

Shiblee Noman, an assistant commissioner of Dhaka police, told AFP about 10,000 Muslims joined the march, which was halted at central Dhaka's Nightingale Crossing.