16 killed, 40 wounded in suicide bombing outside bakery in Syria's Hasakeh 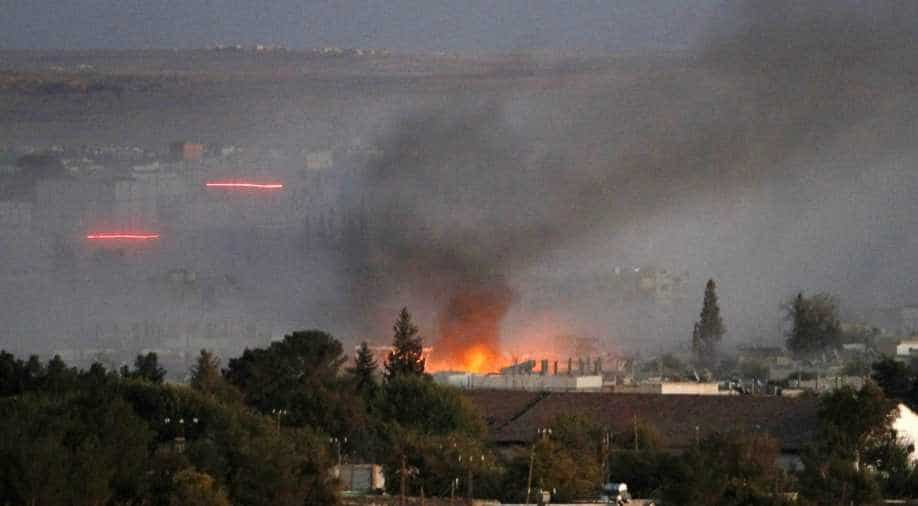 The latest suicide attack in Syria occurred in the Kurdish-majority neighbourhood of Salihiah ahead of the Eid al-Fitr festival. (Representative image) Photograph:( Getty )

Follow Us
A motorcycle bomber killed at least 16 people outside a bakery in Syria's Hasakeh city on Tuesday, on the eve of the feast marking the end of Ramzan, an official said. The attack, which also wounded dozens of people, occurred in the Kurdish-majority neighbourhood of Salihiah ahead of the Eid al-Fitr festival.

It was not immediately clear who carried out the attack, but the Islamic State (IS) group has claimed previous bombings in the mainly Kurdish region. Rami Abdel Rahman, head of the Syrian Observatory for Human Rights, said the attack killed at least 16 people and wounded another 40.

A Kurdish police source confirmed the death toll to an AFP correspondent and said the suicide attacker detonated his explosives in front of the bakery. "A suicide bomber on a motorcycle blew himself up in the Salihiah neighbourhood of Hasakeh city," said Abdel Rahman.

Fifteen of the wounded were in critical condition, said the head of the Britain-based group that relies on a network of sources on the ground for its information.

Hasakeh city is the capital of the province of the same name. Nearly all of the province is controlled by the Kurdish People`s Protection Units (YPG), who have declared an autonomous region across the mainly Kurdish northern areas they hold.

The YPG is regarded by the Pentagon as the most effective fighting force against IS on the ground in Syria. A US-backed alliance of Kurds and Arabs has been locked in battle in the neighbouring province of Aleppo for control of the IS stronghold of Manbij for more than one month.

The Syrian Democratic Forces alliance launched the offensive in late May and encircled the town and entered its southwestern districts on June 23. More than 280,000 people have been killed and millions have been displaced since Syria's conflict broke out in March 2011.