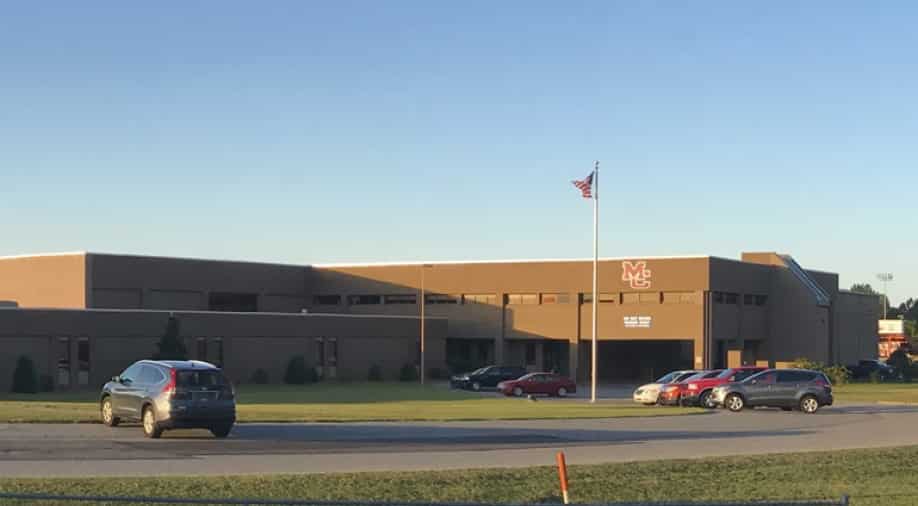 At least one person has been killed and several others wounded in a shooting at a high school in Marshall County, Kentucky.

The shooter has been taken into custody, Governor Matt Bevin said.

All officers at the Benton Police Department office inside City Hall immediately arrived on the scene.

Tragic shooting at Marshall County HS...Shooter is in custody, one confirmed fatality, multiple others wounded...Much yet unknown...Please do not speculate or spread hearsay...Let’s let the first responders do their job and be grateful that they are there to do it for us...

The school was reportedly on lockdown as law enforcement officials were on the scene.

The school has an enrollment of 1,146 students in grades 10 through 12. Marshall County has a population of about 31,000 people. Benton is the county seat.

Kentucky State Police said on Twitter that more details would be available soon about the shooting at Marshall County High School in Benton in western Kentucky.

ALERT: KSP has confirmed a school shooting at Marshall County High School with multiple victims, one of which has been pronounced dead. KSP Post 1 is setting up a media staging area and more details will available soon

Benton Elementary Schools said that all students and staff were safe.

Benton is about 190 kilometres northwest of Nashville.

Today’s shooting comes a day after a 16-year-old male student opened fire in a Texas high school, injuring at least one person.