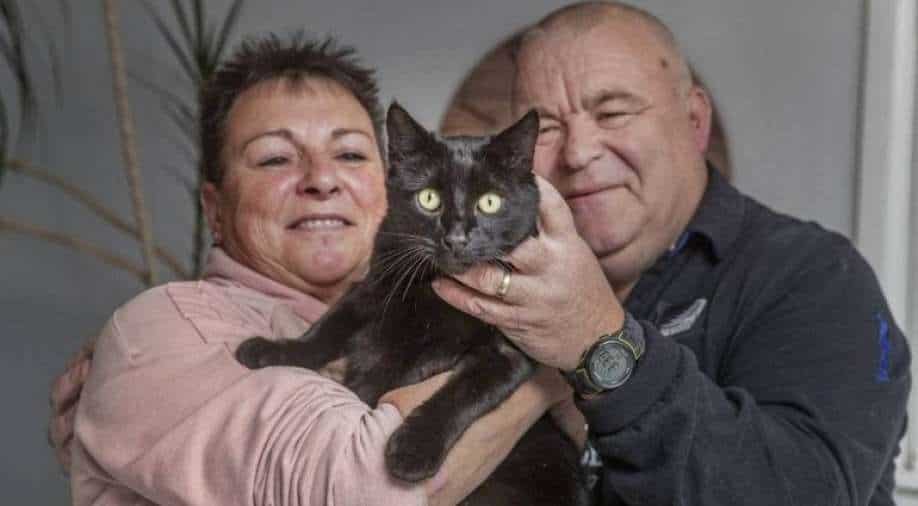 The Rumbolds have resorted to leaving their cat's stolen goods in two plastic boxes outside their front gate so that neighbours can come to pick them up. Returning the goods has proved an ineffective deterrent with Keith, repeatedly stealing the same items. (Picture courtesy: stuff.co.nz) Photograph:( Others )

Cats are cute, furry little mercenaries, who love to murder birds, rats and Christmas trees. But have you ever heard of a kleptomaniac kitty who is very much into stealing?

One New Zealand cat has a reputation as a talented thief. Keith began his crime wave three years ago. In the past, the fiendish cat snatched a corrections officer's shirt, swimsuits, washing lines, steel-toe boots, bras, shoes, and live eels.

In recent months, however, his stealthy paws have discovered some of the more risque items owned by Hoon Hay's households.

He began his downward spiral a month ago. It was a surprise for Ginny and David Rumbold when Keith presented them with a bong and white powder.

Immediately, Ginny disposed of the paraphernalia that might implicate the pilfering pussy, and she spoke strongly against a druggie lifestyle.

Ginny Rumbold, who first reported Keith's criminal activities to news website Stuff, told the news website: "I told him diamonds and cash would be better." However, that has not yet happened.

Ginny and David have tried their best to keep Keith on track as any parent of a troubled teen would. The only result of confining him to the house is a naked Christmas tree when they arrive at home.

The Rumbolds have resorted to leaving their cat's stolen goods in two plastic boxes outside their front gate so that neighbours can come to pick them up. Returning the goods has proved an ineffective deterrent with Keith, repeatedly stealing the same items.

Among Keith's favourite things to steal are steel-toed boots worn by a builder. Never one to do things halfway, he would take one shoe home first, then return for the second.

The builder became so frustrated that he put weights inside each boot but to no avail. The pilfering kitty nonetheless managed to drag the boots home between his front legs. 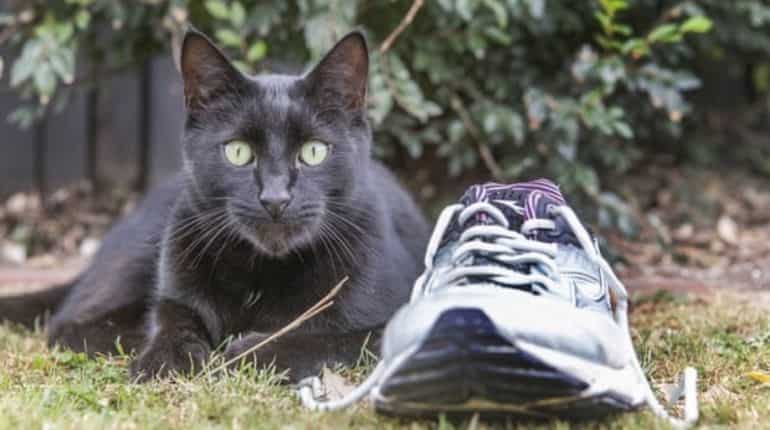 Besides taking the man's boots, Keith stole his underwear and once took a full load of washing.

Locals are more amused than annoyed by the cat's kleptomania, according to Ginny Rumbold. Nevertheless, Keith's recent thefts have brought him to the attention of the police.

A police spokesperson noted Keith's latest discovery was of particular concern - a device used to smoke cannabis. Our team will take possession of the implement and "speak with" Keith about where he’s acquired it from, he added.