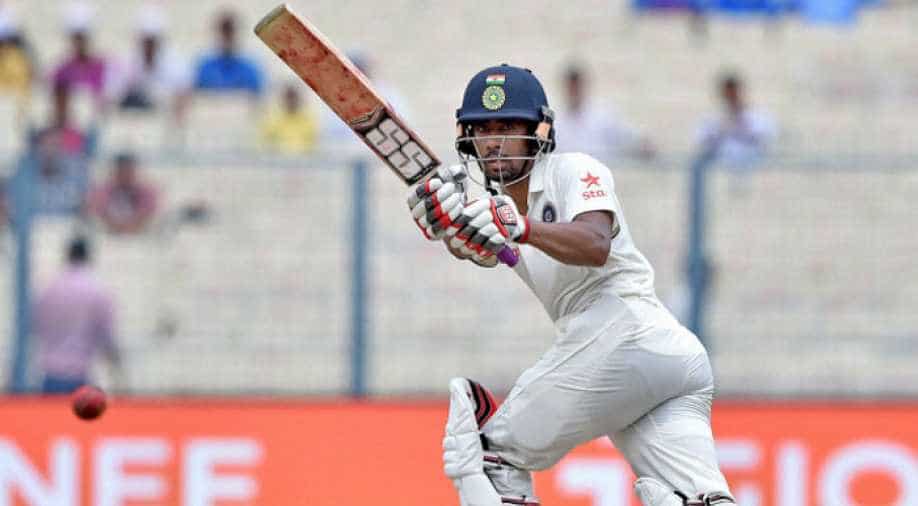 In his 102 runs knock, Saha smashed 14 sixes and four fours to gun down a modest target of 152 in just seven overs at Kalighat ground. Photograph:( Zee News Network )

With just two weeks time left for the XIth edition of the Indian Premier League (IPL) to start, India's Test wicketkeeper-batsman Wriddhiman Saha has already signalled that he is going to have a 'run-making' season this year.

Saha, who was bought by the Sunrisers Hyderabad for Rs 5 crore in the IPL auction, smashed a blistering 102 runs off just 20 balls.

The right-hander scored the runs for his team Mohun Bagan in a JC Mukherjee Trophy match against BNR Recreation Club in Kalighat.

In his 102 runs knock, Saha smashed 14 sixes and four fours to gun down a modest target of 152 in just seven overs at Kalighat ground.

Continuing his assault, the right-hander cruised to his half-century in just 12 balls with four fours and an equal number of sixes as there was no looking back as he completed his century off just 20 balls.

The Indian Test specialist scored at a strike-rate of almost 510.

"I don't know whether this is a record or not. I tried to play different shots and had that in mind ahead of the IPL," Saha told after the match.

"From ball one I could feel the ball was hitting the middle of my bat and so I went for it," he added.

On being asked if he feels he deserves a place in the One-Day and T20I side as well, Saha said, "It's up to the selectors. My job is to keep performing whenever I get an opportunity.

Saha said he likes to open the innings in T20s but with SRH having mercurial David Warner and Shikhar Dhawan opening the batting, the diminutive stumper added he is ready to fit in anywhere for his team.