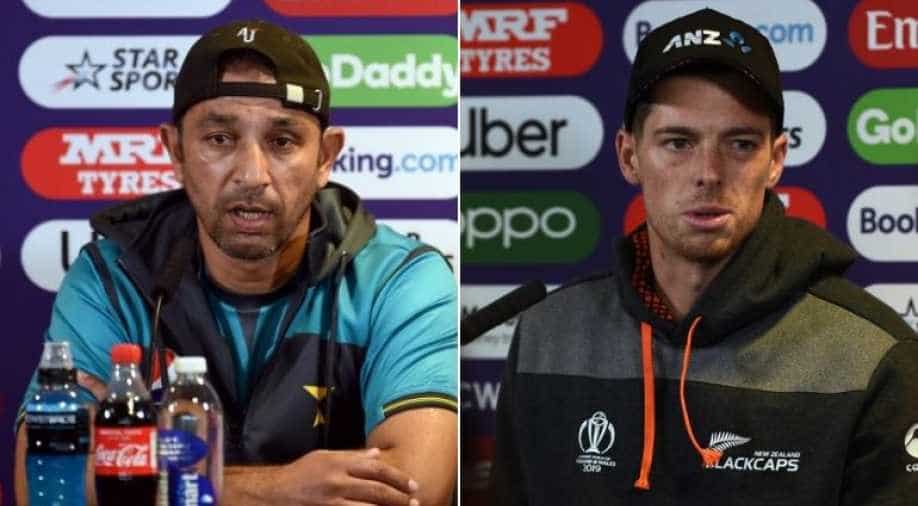 Pakistan have a good record in matches between the two sides, winning six of their eight World Cup encounters, including semi-final victories in 1992 and in the 1999 edition, also in England.

Kane Williamson's side are undefeated at the tournament in England and Wales, with five wins in six games, plus one no result.

In contrast, Pakistan must win the match at Edgbaston if they are to maintain a realistic chance of reaching the semi-finals after a poor start to the tournament.

Mahmood, a former all-rounder who played in three World Cups for Pakistan, said New Zealand had a good record early in tournaments but often wilted under pressure at the business end.

"New Zealand's history is such that they get there winning, winning and then when a crunch situation comes up, in the semi-final, or quarter-final, they don't do that well," Mahmood said on Tuesday.

"It can happen to any team. Everyone has to have a bad day. Hopefully New Zealand have it tomorrow," Mahmood said.

"His skills and ability have always been exceptional," added Mahmood.

Mitchell Santner said New Zealand could not afford to take "dangerous" Pakistan lightly as they attempt to seal their place in the World Cup semi-finals in Birmingham.

Unbeaten New Zealand have 11 points from five victories and a rained-off game while Pakistan must win to keep alive their chances of qualifying for the last four.

"Their bowling attack, on the whole, is very good. They've got some very good seam bowlers as well as spin bowlers. We're aware of their strengths, and I think Wahab (Riaz) back into their team is very good for them.(Mohammad) Amir is bowling very well as well," said Santner.

"When they're hot, they're really hot. We have to, obviously, find ways of trying to cool them down when they're like that," Santner added.

Santner said Pakistan, who have lost three matches at the World Cup so far, had the ability to raise their game despite their troubles.

"They took down England and took down South Africa the other day," he said.